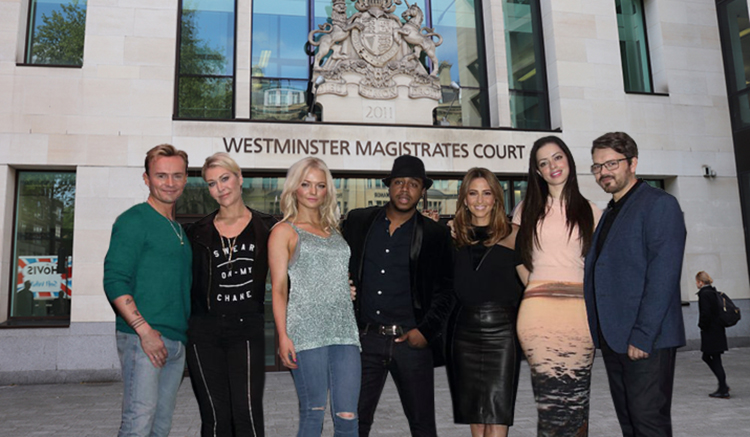 TEARS of joy flooded a London courtroom earlier today as the seven wrongfully convicted people known as S Club 7 were cleared of all wrongdoing and released after nearly 20 years behind bars.

Along with the Maguire 7, the Birmingham 6, The Central Park 5, The Guildford 4, Fun Boy Three and 2pac Shakur, S Club 7 were among the world’s best-known numerically named groups of young people who have spent a large number of years incarcerated for a crime they did not commit.

Arrested following a murder on the dancefloor in 2001, which many still believe was perpetrated by Sophie Ellis Bextor, the 7 were easy prey for a corrupt police force who coerced confessions out of them by subjecting the youngsters to round-the-clock recordings of their own music at high volume.

“Tina, Bradley, Jo, Rachel, Paul, Jon, and Heather confessed to the crime under duress” said one reporter, ashamed of his life that he managed to name the seven from memory.

“But never did they think they’d be slammed up for 18 years. It’s one of the biggest miscarriages of justice in the history of the British Empire, which genuinely is saying something when you think about it. There will be legal action, of course, but for now the 7 are going to party. And as you may have heard, there ain’t no party like a… ah fuck”.

The newly-released S Club 7 have vowed to return to the music scene, and are planning an album full of hits they wrote in prison, such as “Don’t Stop Movin’ (If Someone Gets Stabbed In The Canteen)” and “Reach For The Stars, And Don’t Put Your Hands Down Until You’re Fucking Told You Slag”.