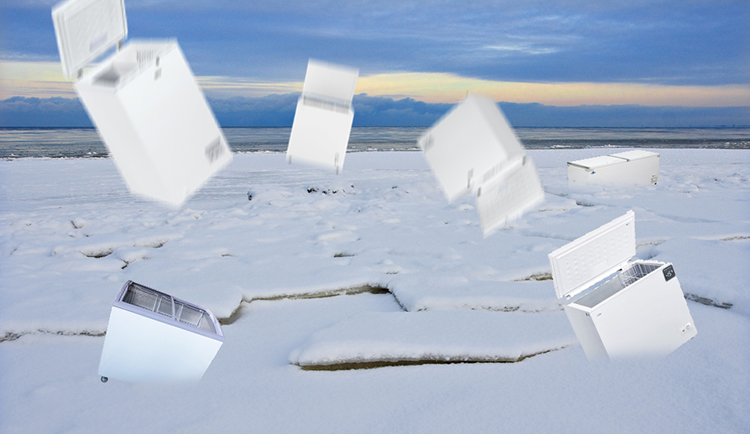 SOME of the world’s leading climate change scientists have reportedly put their best ideas forward in a bid to prevent further melting of the Antarctic ice caps after revealing it has shrunk by a staggering 40% over the past five years.

Calling on the rest of the world to “do what they can”, the team of international scientists has asked people to donate freezers to a new initiative which will see millions of refrigerators airdropped onto the Antarctic shelf.

“Obviously, we’re going to take off all the freezer doors so the cold air can billow out,” head scientist for the new project Professor Martin Greene told WWN. “If people can defrost the fridges before they donate them, that would be great, otherwise we’ll have an ice shelf full of odd frozen peas and what have you, thanks”.

The ingenious plan is expected to be launched later this year, with the first batch of fridge freezers due to be airdropped in August on the most affected parts of the continent, however, scientists hit a snag after someone posed the question as to what will power the fridges, as they need electricity to run.

“Fair point, and yes, we didn’t think of that problem initially, but there will always be teething problems on big ventures like this,” a red faced Prof Greene added, now looking slightly deflated.

“But look, if it doesn’t work, the fridge freezers are white and you’ll hardly see them with the snow and ice,” he concluded.