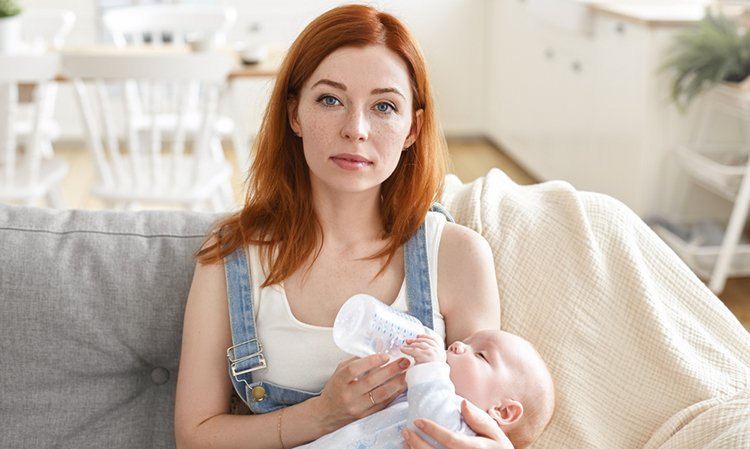 DESPITE repeated calls to numerous child welfare services from concerned friends and family members, single mother Trisha Davis still hasn’t bothered breastfeeding her 6-week-old baby, even though it’s the most natural thing in the world, WWN has learned.

Ms. Davis, a full-time barrister who had the child out of wedlock, cited ‘pain’ and ’60 hour weeks’ as the main reasons why she hasn’t bothered her sensitive little hole giving her child her nutritious lactose, denying the newborn all the proper vitamins and minerals it needs to grow up to be a healthy human being.

“I heard she also opted for an epidural during the pregnancy,” a source close to the complete loser told this reporter earlier, who can admit to feeling a bit nauseous at the easy sounding birth when I heard about it, “it must be a walk in the park for her with her numbed pelvis and powdered milk. I’m told the lazy bitch also uses disposable nappies and is already back to work in the courts after getting a live-in childminder from France to mind her own child! Can you believe that nonsense?

“It will probably grow up to be a serial killer or a drug addict,” the source later confirmed.

Asked whether she was ashamed of herself, the too-good-to-breastfeed slacker told WWN to ‘go fuck itself’, claiming her neglect wasn’t fodder for news publications, or nosey family or friends for that matter, proving without any reasonable doubt that the barrister was a total and utter loser when it came to looking after her child’s well being.