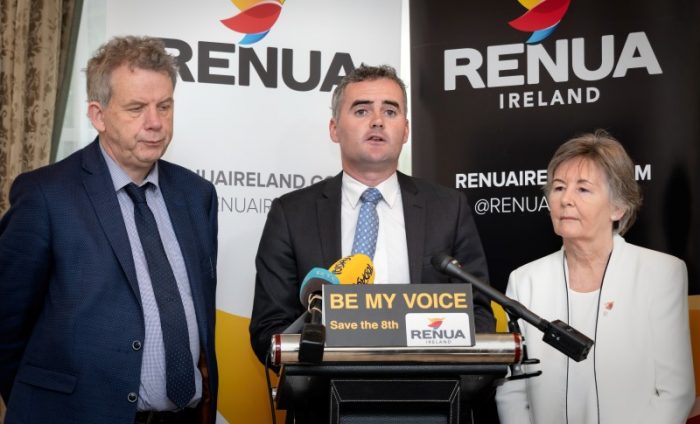 IRISH political party behemoth Renua Ireland could be in danger of becoming an irrelevance and slowly becoming a laughing stock after its only public representative and leader, Councillor John Leahy resigned from the party.

The 4-year-old party which has received over €700,000 in public funding could rob the ordinary Irish people of courageous political champion who constantly fought for their rights were it suddenly to disappear from the Irish political landscape.

“Ah no, not Renua,” said one member of the public clearly trying to search their brain for who or what Renua was.

With forwarding thinking positions on anti-abortion, bringing in the death penalty for criminals, tax cuts and cuts to public spending, no real position on gay marriage, Renua Ireland had been there in the background completely forgotten about during Ireland’s recent period of progressive referendums.

“No matter the big societal issue of the day, Renua were always there, not being listened to as they said something entirely out of touch. I’ll miss them,” added another member of the public after a quick Google.

Formed and promptly abandoned by former Fine Gael TD Lucinda Creighton, Renua Ireland will be left out on the street corner for any interested party to take off Leahy’s hands, free of charge.

Despite its lack of impact on Irish politics, it is believed Renua Ireland is marginally more relevant than the Labour Party.