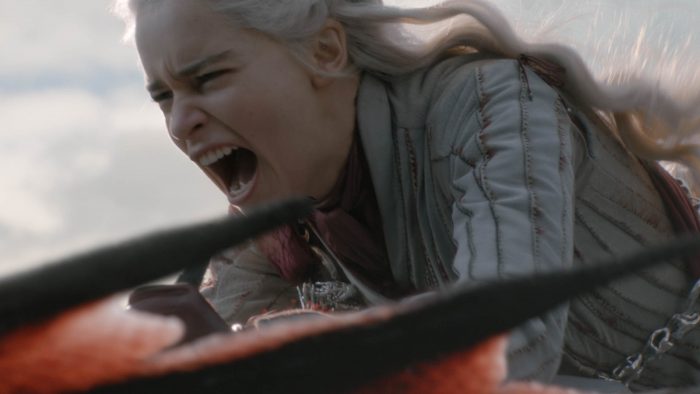 WWN’s official sister site, Game of ThroWWNes, has over 470 hours worth of new videos, quizzes, podcasts, make up tutorials, recipes and articles each day, because if the world’s biggest TV show needs one thing it’s dedicated content and episode recaps from an online Irish publication:

The first portion of the penultimate episode of this final season sees Daenerys, Jon and Tyrion enjoying a beach side barbecue, an unassuming start which in no way prepared viewers for the carnage that was to come.

While it wasn’t clear at first it makes sense why this week’s episode was sponsored by the Irish Association of Funeral Homes and above all else this episode taught viewers the importance of home contents insurance which covers fire damage.

Despite cooking roast eunuch for dinner a troubled Daenarys has no appetite and has refused to eat ever since the death of Missandei, and if we’ve learned anything for decades of Snickers ads it’s that you’re not you when you’re hungry.

However, by the episode’s end Jon is probably thinking that upon reflection having sexy sex with his sexy Queen/aunt/girlfriend might have helped to avoid what lay ahead.

The final preparations are made for the march to King’s Landing and the battle against Cersei’s forces. Crucially, after Tyrion’s suggestion Daenerys just goes for a spa weekend with the girlos to relax and refresh and flush out all that negativity is rejected, he does secure Daenerys’ promise that she will spare the innocent people inside the Rep Keep if the bells of surrender are sounded around the city.

Soon Daenerys is setting crossbows and the Golden Compass army ablaze and the bells of surrender are sounded. It is at this point we learn Daenerys’ terrible secret; she is badly in need of a hearing aid and has the same selective hearing of a married husband of 30 years.

The King’s Landing Fire Brigade must have had the day off as the Celtic Tiger era apartments, which made up much King’s Landing, were severely lacking in fire safety standards resulting in the fire destruction spreading quickly.

Tyrion watches on in horror and learns an important lesson about pre-election promises made by politicians who lie just to get your backing.

In the thick of the action on the streets Jon sets a new Guinness World Record for most ‘uh oh, this isn’t good’ expressions. The worst fears of Varys has come true, Jon’s beloved has become The Mad Bitch Queen.

Elsewhere in King’s Landing Cersei slowly comes to the realisation she has lost and soon the moment Game of Thrones fans has anticipated for years finally arrives and in a scene full of poetic justice Cersei, flanked by her beloved Jamie, is killed by her one true foe *checks notes* …some bricks.

Her demise comes after the much anticipated face-off, dubbed Cleganebowl, between the Hound and the Mountain. This portion of the episode was only available as a Pay Per View UFC fight package but was worth the extra money.

The devastating episode ends with Arya mounting the horse for Irish movie favourite Into The West.

“Fucking die” – The Hound to his brother the Mountain, also you frantically waving a rolled up magazine at a fly buzzing around the sitting room.

“Put the dragon down Dany love, come now on, there’s no reason anyone has to get hurt” – on the scene negotiators to Daenerys moments before they were cremated.

Next week: A final series-capping episode everyone will like and enjoy without giving out.