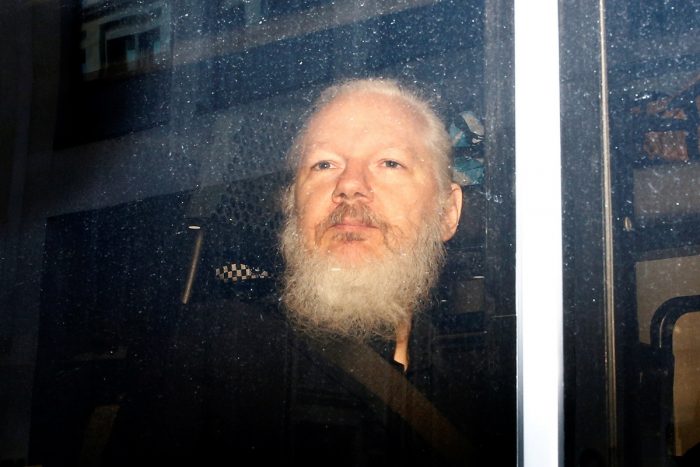 REPORTS have emerged surrounding the behaviour of Wikileaks founder Julian Assange during his 7-year stay in the Ecuadorian embassy in London, including instances of faecal-wall smearage, and it doesn’t stop there. Here’s 5 more anti-social things that prompted the Ecuadorians to say bye-bye and hand Assange over to UK authorities:

1) Left shavings in the sink

After nearly seven years of drains clogged with Assange’s facial hair, the Ecuadorians gave him two options; tidy up after shaving, or grow a ridiculous Santa beard. It’s pretty obvious which one Julian chose.

2) Ate Miguel’s yogurt all the time

The rules were simple. Everyone had a shelf in the fridge, and nobody stole anyone else’s food. That’s easy to get, right? So why did Miguel find his yogurts all gone, empty Muller Fruit Corner pots in the bin outside Julian’s door all the time, eh? Assange? You wanna WikiLeak a bit of info on that?

3) Didn’t chip in for Netflix

Does he watch the Netflix? Yes he does. Does he pay for the Netflix? No he doesn’t. It’s only a tenner a month, but it just… it just isn’t right to not even offer to pay it.

4) Waited out a number of sexual assault allegations

Hey, you want to stay over at a mate’s house for a while when you’re getting renovations or whatever, that’s fine. But only showing up when you need a place to hide from serious allegations of sexual misconduct, and staying there to run down the clock until they get dropped just looks bad on everyone, you know? Not cool.

Shit on the walls all you want, but this is unforgivable.