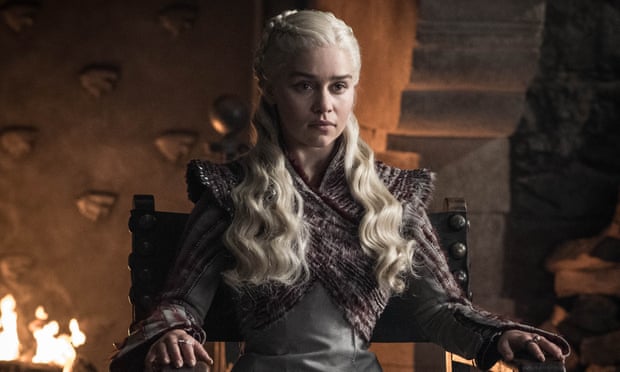 WWN’s official new sister site, Game of ThroWWNes, will have over 470 hours worth of new videos, quizzes, podcasts, make up tutorials, recipes and articles each day, because if the world’s biggest TV show needs one thing it’s dedicated content and episode recaps from an online Irish publication:

The final season opener to everyone’s favourite incest-dragon-murder show began with a new credit sequence which should delight diehard fans, however, the use of ‘thank u, next’ by Arianna Grande as the new theme tune will take a bit of getting used to.

Those without a Sky TV package in their homes have been reduced to roaming the streets asking people if they had a spare download or torrent of the episode. But even more disturbing reports suggest some viewers were injecting the episode directly into their veins, against the advice of their broadband supplier.

What delights did this episode offer us? Well, unlike the first episode in the previous season, it does not have any Ed-fucking-Sheeran in it, so by comparison season 8 episode 1 is the greatest piece of television ever.

Khaleesi and her new bae/nephew Jon Snow headed to Powerscourt waterfall and avoided paying the rip off that is the €14 admission fee by flying in by dragon.

The dragon queen’s arrival in Winterfell has rubbed a few people up the wrong way, none more so than Sansa, who was left asking a mirror ‘who’s the fairest in all of the north?’ and quickly grew tired of all of Jon’s stories from his time away, as he babbled like a friend just home from his J1 in America.

Later in the episode, Jon is met by his old friend Sam in the crypts of Winterfell. Sam brings news of Jon’s DNA test results which he sent of to Samcestry dot com and sadly for Jon, no matter how many times he hits refresh on the scroll, yup – he’s having sex with his aunt and he’s the rightful heir to the seven kingdoms.

The incest plot lines have disturbed everyone except viewers from Cavan who don’t see what the big deal is.

Like an inexperienced young man crippled by the knowledge he has a below average sized penis, Euron Greyjoy pesters Cersei post-coitus, constantly asking if he was alright in bed. “You came though, right?” is now on the official sigle and banner of House Greyjoy of Pyke.

“If you want a whore buy one, if you want a queen earn one” – Cersei on her Instagram story. She later updated it with multiple snake emojis after hearing Jamie had arrived in Winterfell.

“He’s on the spectrum now I’d say, he’s a bit Autismy” – Winterfell locals every time Bran turns up out of nowhere to tell them what they had for breakfast and how they’re all going to die.

“Do I have to watch the previous 7 series to know what’s going on?” – Clare in accounting who’d drive you up the fucking wall at times.