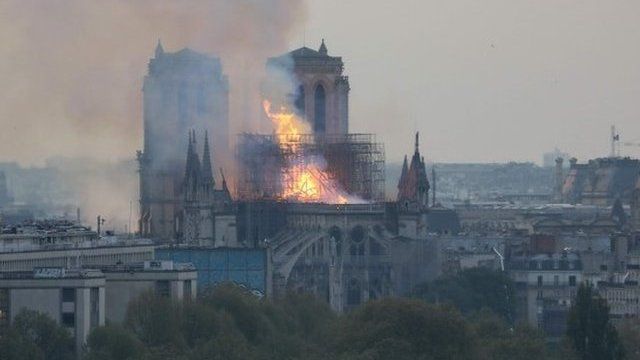 AS THE facts surrounding the devastating fire which overcame Notre Dame de Paris slowly emerge, and qualified experts explain at length the implications for the structural integrity of the building, how it can be salvaged and its significance to the people of France, time is sadly running out for people who possess no relevant knowledge but love to wildly speculate and spread rumours.

In a bid to ensure everyone is fully up to date on all the things we don’t know, WWN has compiled this exhaustive but by no means complete list:

Could a large number of refugees pour into France while everyone is distracted by the events in Paris? Your local right wing newspaper columnist seems to think so.

Is it a coincidence that Notre Dame has two distinct towers, just like the Twin Towers in New York? There’s a chance to find out more about this on your lunch from work as Tim from sales certainly thinks the YouTube video he watched has the answers.

Or is the more likely explanation that this was PR stunt by the scaffolding company gone wrong?

With videos emerging of Parisians emotional reaction to the fire making their way around the world, is now the perfect time for you to comment ‘it’s only a fucking building, relax’? Possibly.

By ruling out terrorist involvement after fire investigators state that the fire was indeed an accident, are the terrorists winning? Yes.

There are concerns for Paris’ dogs as Sky News’ Kay Burley is believed to have been parachuted into Paris in a desperate search for dogs with sadness in their eyes.

Has that Notre Dame repair worker begun to regret his decision to have a rooftop BBQ? We still do not know.

Can Notre Dame be rebuilt instantly if you post another 5 photos of you on your visit to Paris in 2017 on Instagram? Why take the risk of not posting them. Get them on Facebook, Snapchat, Tik Tok, Only Fans, Myspace and Twitter straight away too.

Was the University of Notre Dame in Indiana also somehow affected by the fire in Paris? Judging by the condolences and flowers sent by US President Donald Trump to the university, yes.

How many planned Paris based marriage proposal selfies have been selfishly ruined by this ridiculous fire that should have known better? Far, far too many.