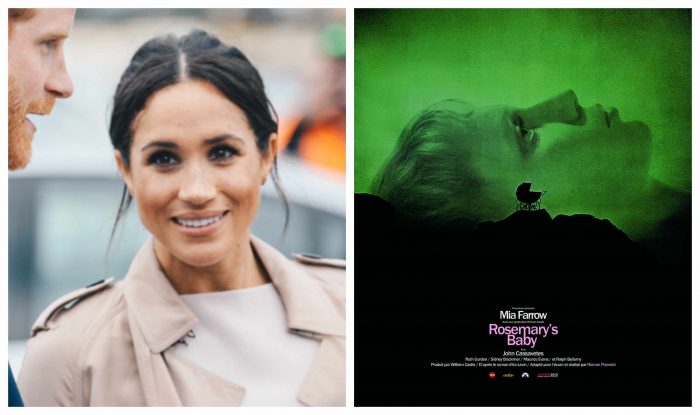 AHEAD of the birth of her first child Meghan Markle is finding it hard to shake the feeling that her in-laws, the British royal family, are possibly be planning some ‘Rosemary’s Baby level shit’, WWN can reveal.

While Markle’s pregnancy has been feasted on by tabloids with the Daily Mail offering £2 million pounds for first bite of the former actress’ placenta, the 37-year-old is more concerned with how the Queen has been eager to gift her a necklace which has an odious smell.

Searching her mind for the various plot strands of iconic movie Rosemary’s Baby, Markle continues to be struck by the nagging feeling that her life is beginning to closely echo the 1968 horror starring Mia Farrow.

“I want to go with my own midwife but the in-laws insist they have a midwife specially picked out for me. That’s very thoughtful,” Markle enthused.

“But they’re trying to feed me tannis root, and I’ve just discovered this small passageway from my room and they’re all in there chanting to the devil, but hey maybe I’m just being paranoid,” she added, trying not to read too much into Kate Middleton talking in tongues about the arrival of Satan’s precious heir.

Responding to the near 24/7 coverage and scrutiny Markle’s pregnancy has received, one progressive female-focused publication that is above all this has stated “this is so wrong, leave her alone,” while continuing to insist that when they publish 50 Markle-related stories a week it’s different.