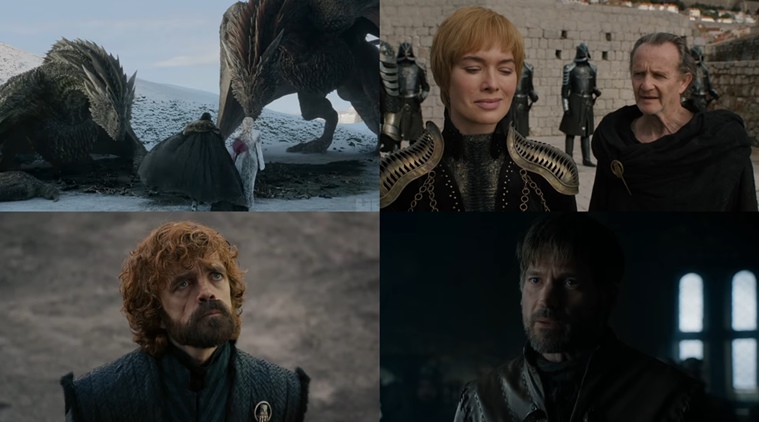 HBO dropped a new trailer, filled with new footage from the upcoming final season of Game of Thrones and WWN Culture is ready, willing and able to read too much into every second of it.

Let’s overanalyse everything right after we’ve recovered from the epic epicness of everyone’s favourite epic TV series that we’re just covering because we know you’ll click.

The first thing we see is the HBO logo confirming what we have speculated about and predicted for a long time, HBO’s Game of Thrones will be televised on HBO. Huge news.

Holy shit! It’s Arya! And she’s breathing heavily, but what can this mean? Does she have asthma? What is the level of knowledge and care in Westeros for this amongst medical professionals?

What could this mean? Usain Bolt famously ran in the Olympics. The Olympics symbol has five rings in it. Does Arya have the ring? Does this confirm the Games of Thrones/Lord of the Rings connection we’ve just come up with 4 seconds ago? It does!

This is the biggest indication yet that Cersei still has a mouth. Although we haven’t seen all her teeth. Are her teeth gone? Did she sell them for money? Why and to whom? So many questions.

Boats, dragon glass, music, characters we have seen in the previous seasons

We don’t want to read too much into this, but WWN Culture has gone over and over this trailer and we’re predicting that plot threads set up and developed over the previous seasons could be culminating in this, the final season of Game of Thrones.

Could this be the heavily hinted at scene everyone has been waiting for? Tyrion was once the hand to Joffrey, now the hand to Daenerys, but what does that mean for his pension benefits? Are they easily transferable from one job to the next? Is it a defined benefit pension?

This one we can’t really wrap our heads around, if anyone has any information on what an impending winter could mean, get in touch. Bit of a curveball from HBO, this could have fans worried the show has had a ‘jump the shark’ moment.