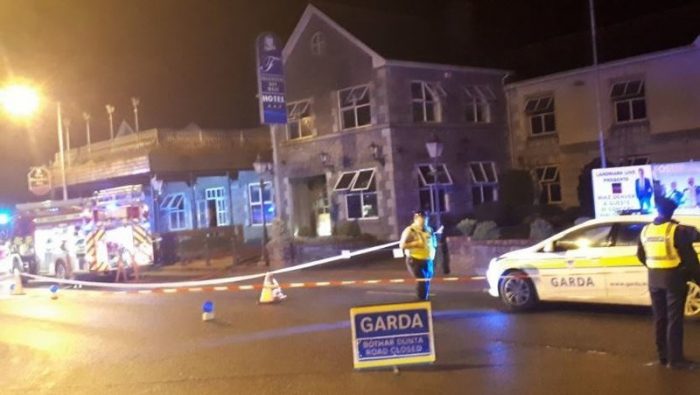 THE second fire in as many months at the proposed location of a new reception area for asylum seekers in Leitrim has been labeled as possibly racially motivated by the head of the Gardaí’s new Stating The Obvious Unit.

“This racist arson attack by racists may well have been racially motivated. However, we can’t rule out the possibility that it was just a normal arson attack carried out by individuals on the basis of their vile hatred of people based solely on their skin colour,” confirmed Sergeant Sean Caskhill.

Anyone with information on being the actual person or persons who carried out the racist arson attack have been asked to come forward by the Garda’s Tactical We’ve No Manpower Unit.

The fallout from the Rooksey fire is ongoing as all future proposed sites for accepting asylum seekers must now be made exclusively from fire extinguishers and the owners of sites must now go around the locality and beyond asking racists for permission to accept asylum seekers.

In an education drive leaflets will be distributed to every house in the country with a helpful guide on how not to set hotels and buildings on fire.

Elsewhere, local Irish tourist authorities were quick to remind the public to ignore the latest incident, careful not to draw any attention to it or discuss how troubling it is and instead carry on repeating ‘the land of a thousand welcomes’ over and over until that sick feeling in your stomach subsides.