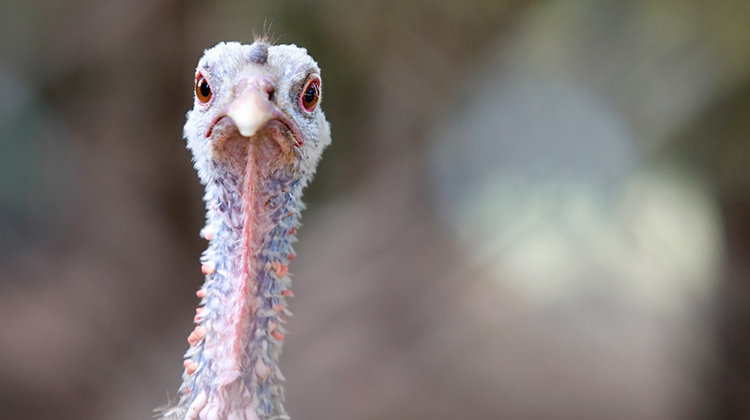 A WATERFORD turkey has stated that she could ‘get used tot his kind of life’, after her third week of being richly fed and amply watered on a free range farm outside Dungarvan, adding that she ‘can’t see the good times ending’.

“Maybe it’s because it’s Christmas, but they’ve really upped their game around here,” stated the bird, pacing around her pen with dozens of other turkeys.

“The feed has gotten better, they’re making sure we’re hydrated, there hasn’t been a fox assault in weeks… yeah, a bird could get used to this kind of thing”.

Pecking away at a huge mountain of feed, the turkey went on to lay out her plans for 2019 while a lorry pulled up at the farm for no immediately discernible reason.

“If this keeps up, I’ll be heading into the New Year in pretty good shape,”gobbled the bird.

“Maybe I’ll head to a new farm, maybe stay here… meet a man turkey, lay a few eggs… yeah I gotta say, you humans have been real good to us turkeys, particularly since it got cold. You’ve really set us up for an excellent New Year. We heard some bad things about you guys, but really, you’re alright. Hashtag loving life! Hashtag living best life! Selfie! Whooo!”.

Our interview was cut short after the farmer called the turkey to the side for a moment, but we’re sure we’ll be able to continue soon.