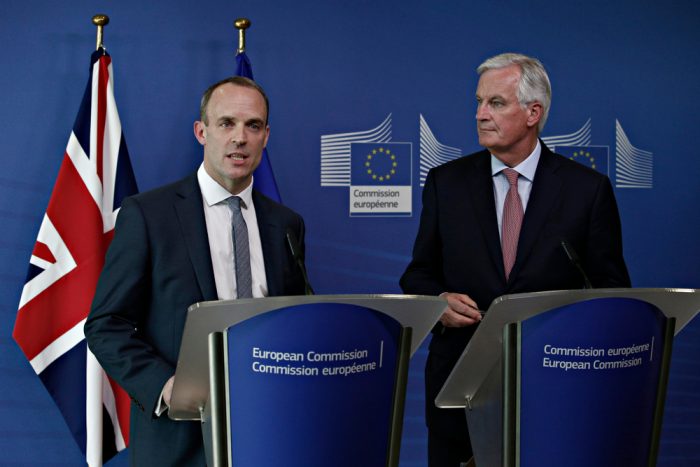 A WIDE RANGING report, analysing thousands of news articles, radio bulletins, TV news reports, government statements, committee hearings and many other sources of information has conclusively concluded that the British government continues to ‘take the absolute fucking piss when it comes to the Irish border’, WWN has learned.

“The evidence speaks for itself,” explained Max Larkin, co-author of the extensive report on the British government’s comments, statements, pledges, suggestions, ideas, promises, strategies and u-turns when it comes to reaching a deal with EU in regards to Brexit and the Irish border.

“Well, if you see here, the British government signed up to a backstop in December in 2017 and then see here they formally suggested a ‘compromise’ of ‘sprinkling special magic fairy dust over the border to make it disappear while also allowing the DUP to purge North Ireland of Catholics’,” Larkin added, flicking through some pages of the 100,000 page report.

“And now the latest is that a Brexit deal was so very close and yup, just look at the bottom of the page here; the deal couldn’t be reached as the British government decided to take the complete and utter piss with the Irish border problem”.

A testament to how obstinately stupid senior Brexit negotiators for Britain have remained over the last two years when confronted with conditions they willfully signed up to and set in motion is evidenced in the EU’s decision to take a break from negotiations and choosing to bang their heads directly against brick walls in search of a relaxing respite.

When presented with a copy of the report containing overwhelming evidence that the British government has refused to find a solution to a problem of its own making, Brexit Secretary Dominic Raab donned a top hat, monocle and produced a 1862 copy of Punch from his pocket before issuing his response.

“What Paddy wants, Paddy seems to think he’ll get. But don’t forget we domesticated the wild creatures, and I’ll be damned if we’ll be dictated to by a pack of dogs who should count themselves lucky we haven’t conspired to blight their potatoes, everybody knows Paddy forced us to vote ourselves into this horrid economic abyss,” Raab said to loud cheers of ‘hear, hear’ from his Conservative Party colleagues.