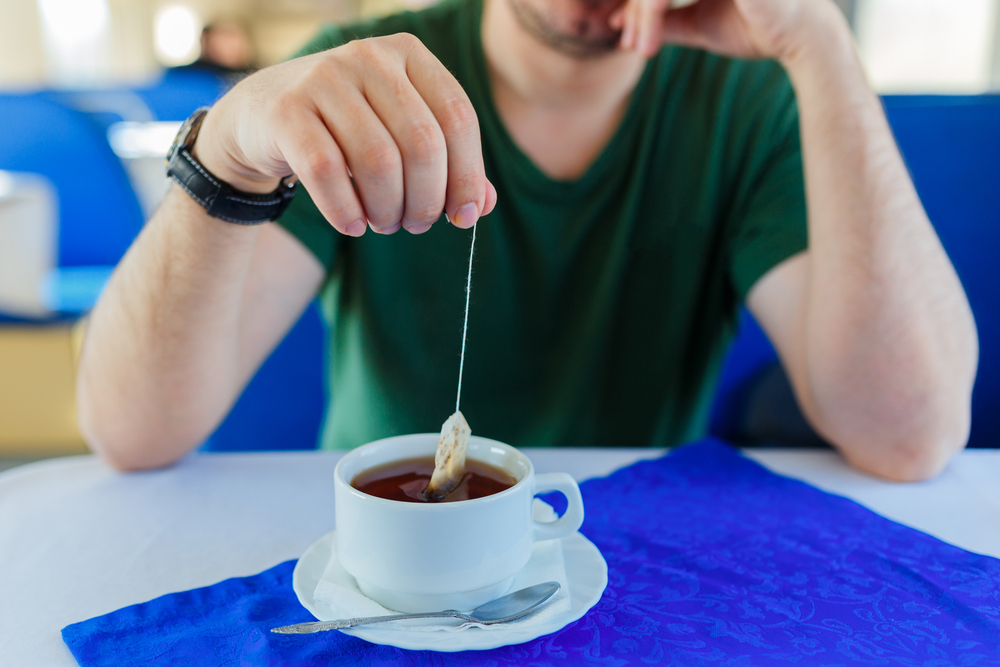 ONE local strong tea fan is on a quest to taste the strongest cup of tea available to any tea loving person in Ireland.

“I used to jam 8 or 9 Lyons tea bags into my favourite mug but I needn’t tell you that throws the water to tea bag ratio right out the window,” shared tea obsessive Cian Crean (23), who approached tea making with the same forensic detail as scientists approach splitting the atom.

Crean devised a better method of strong tea making after years of research by simply leaving one tea bag in his mug for 7 hours, periodically ‘topping up’ the hot water supply; resulting in the a satisfyingly strong tea so potent it could down a small elephant or power a car for several days.

“Ah it’s divine. But obviously there are drawbacks… I have to plan my cups of tea 7 hours in advance,” the engineering graduate shared, “so if I want one first thing in work I have to head into the office at 2am, make a brew, go back home and then by 9am – bingo there’s the perfect cuppa in the kitchen in work”.

Desiring several strong cups of tea a day, Crean has taken to the time consuming practice of leaving tea bags stewing for 7 hours in a variety of mugs, at different times of the day.

“I’m a 6 or 7 cups a day man myself but it’s just not the same if it isn’t in your favourite mug,” Crean added, his face deep in concentration. He also dismissed the solution of making a pot of tea, noting he has lost hours in intense debate with friends and family over differing methods.

“I need to have several different cups of teas stewing for 7 hours, but somehow all in my favourite mug,” reasoned the strong tea fan while consulting dozens of whiteboards full of complex tea calculations and diagrams WWN couldn’t make heads nor tails of.

“I’ll crack this if it’s the last thing I do,” a determined Crean stated before before sipping of the sweet elixir of life that was his cup of tea.