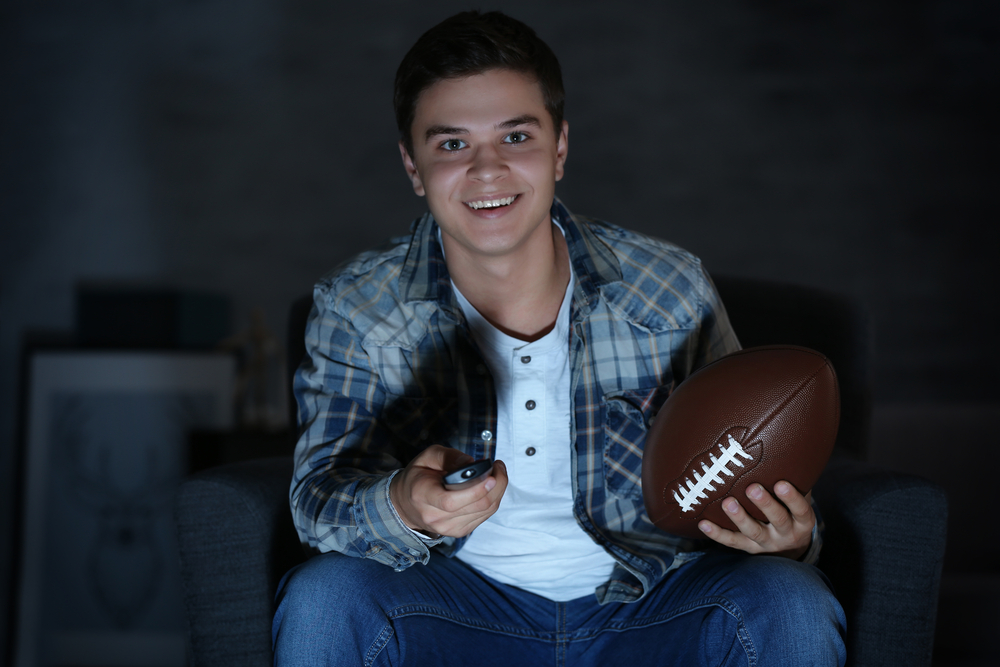 AN OVEREXCITED local Waterford man is still unpacking all the events from last weekend’s NFL action seemingly unaware of the fact that no matter how much he talks about the sport, it will not magically grant him US citizenship.

Niall Cossan, was mulling over the latest round of games during his lunch break today, reserving most of his NFL chat for the Seahawks’ victory over the Cardinals.

“Honestly, no one cares,” Cossan was told in no uncertain terms by a coworker who insisted the 23-year-old’s NFL obsession may hint at a larger problem.

“It’s sad to watch actually,” confirmed Cossan’s coworker Andrew Healy, “I genuinely think he’s of the belief that the more he talks about it, the less real the fact he’s from Ardkeen will feel.”

While the same reality is something Irish based English Premier League fans woke up to only recently, it appears Cossan remains intent of trying to transform into an American.

“Patriots. Don’t care what anyone says. It’s the Patriots for the Lombardy in 2019,” Cossan said, shouting out into the open plan office he works in. Visibly sad no one suddenly emerged to hand him an American passport, the Waterford City man remained unable to contend with the fact he actually lived in Ireland and would be eating in Supermacs, not an ‘Arbys’ or a ‘Wendys’.

UPDATE: Truly worrying news sources close to Cossan have alleged he is asking people to ‘pre-game’ at his apartment for the next round of NFL games and will, without question, spend the week searching for American style red plastic cups.