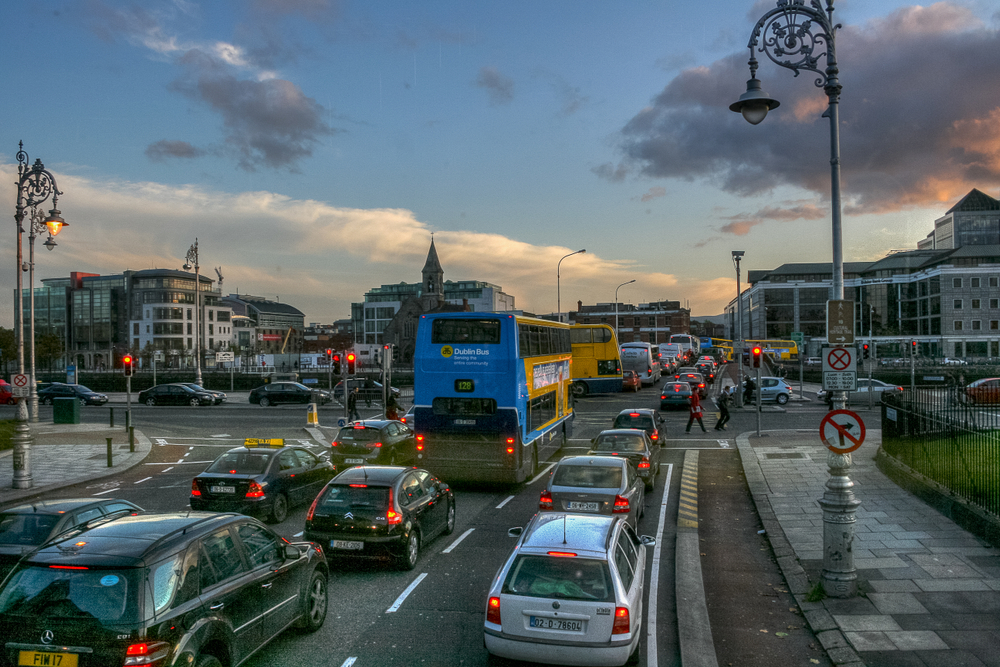 DESPITE having cause to travel to and from Dublin at least 30 times a year, once local culchie is struggling to comprehend and absorb the high volume levels of traffic in the capital city, WWN can reveal.

“Fucking hell, look at the tailback,” John Meaden, a 41-year-old Waterford culchie noted as he turned his car out onto one of the many main roads in the congested city of over 1 million people.

“The state of the traffic, it’s absolutely cat,” Meaden said, confirming the reality of things to himself a second time edging ever closer to perhaps getting over the traffic which is just as bad each and ever time he makes it up to Dublin.

As traffic going in the opposite direction moved at a snails pace Meaden felt the need to roll down his window and crane his neck out of his car to get a better look at all the stationary cars stuck in traffic with him.

“Must be an accident or something, have you seen the likes of at all at all,” Meaden muttered to himself, despite knowing full well that there was no accident and that this was just traffic in Dublin.

Meaden spent much of the next 10 minutes staring attentively at traffic, as if trying to process the fact that people leaving Dublin while other people entered Dublin did not necessarily result in a free flowing movement of cars.

“Ah will ye c’mon t’fuck,” Meaden now said while beeping his car horn in a bout of unadultered rage.

It is unclear if Meaden will in fact get over the traffic in Dublin any time soon.