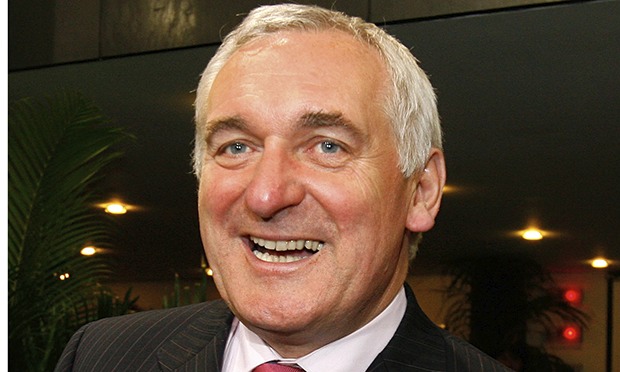 WWN ENTERTAINMENT had the pleasure of sitting down yesterday evening and watching popular RTÉ show ‘Who Do You Think You Are?’

How this show even got onto the air remains a mystery and a serious look at the RTÉ commissioning process must be undertaken to ensure it never happens again.

Ahern, Taoiseach of the country from 1997-2008, was never once directly asked ‘just who the fuck do you think you are?’

There have been calls to sue the makers of the programme on the grounds of false advertising and many members of the public tuned in expecting Ahern to get a long overdue grilling, with everyone question delivered pointedly through gritted teeth – all beginning with the phrase ‘who do you think you are?’

“I feel a bit silly now, I thought this was a show where they strap devious pricks into a chair, and asked them question after question, finally sitting them down somewhere they can’t wriggle out of,” shared Alan Ganelly, an angry member of the public with a memory that stretches further back than 2011,

The former TD, who during the banking crisis which stretched from 2008 to still ongoing, spoke only once in the Dáil during those three years, was asked zero probing questions about how he sleeps at night.

An oversight from the producers meant no member of the public was allowed the chance to repeatedly scream the words ‘just who the fuck do you think you are?’ in Ahern’s direction. Is this what we pay our licence fee for?

When Ahern candidly disclosed that his grandfather died after committing suicide, no one interjected to ask why he called on people warning of an imminent financial crash during his tenure as Taoiseach to commit suicide.

No one can dispute the show has high production values, but a rethink on the name should be considered to avoid further confusion.

“I honestly didn’t think it’d be a bunch of people helping him clarify things that happened in the past,” confirmed TV viewer Carmel Higgins, who failed to tune into the programme.

“If I had known that, I would have actually watched it – you never know those experts could have helped him find out who paid him what, for what purpose and when. Jesus, they could have helped remember why he didn’t have a bank account for 7 years too, or why Tom Gilmartin insisted Bertie was paid £30,000 by Owen O’Callaghan in exchange for political favours”.

“I dunno I kind of liked it,” conceded TV fanatic Andy Belton, “like, we did ultimately find out who Bertie Ahern is – a person who thinks the Irish public still buys his bullshit”.