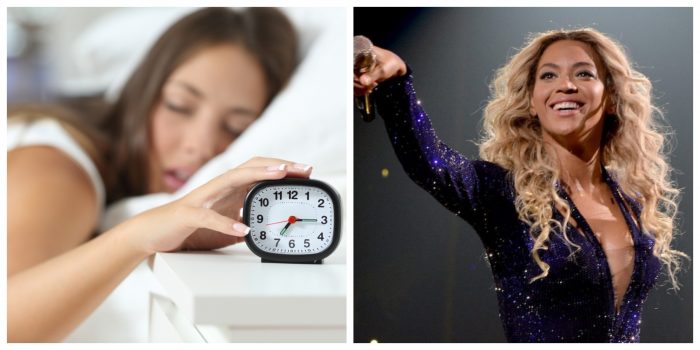 IN THIS the age of ambition, we must measure ourselves against the very best as we continue on that road to success. Goals. Goals. Goals. And while you’re clearly straight up killing it, as confirmed by your best friends, who would never lie to you, it may be time to weigh up your considerable life goals with one of the few people who might be able to compete with you.

Beyoncé is known to millions around the world as a successful performer, singer and businesswoman, but where she at when it comes down to life goal vs life goal with ‘the big dog’ AKA you?

You at 17: Had just about grown into your bangs.

You at 21: You also began dating someone who would cheat on you. However, Ciaran was a carpenter, not a world famous rapper. You told him to get fucked so, that’s one you have on Bey.

You at 22: After getting sick on Erasmus studying in France you brought the number of countries you have vomited in thanks to drinking too much alcohol to an impressive 11. Nice.

Beyoncé at 25: Nominated for a Golden Globe for her performance in Dreamgirls.

You at 31: Look 31 is never a vintage year for anyone, so without wanting to make things to personal, you remain the only person who was denied access to Dominos pizza for your own safety.

Beyoncé at 35: Changed. The. Game. with her release of Lemonade.

You at 35: bought those plastic pockets things you can put cheese sandwiches in so you can put them in your toaster and make cheese toasties.

Beyoncé so far this week: Top charts, on a world tour, filming a groundbreaking piece of art, probably. Earning $10,000 with every intake of breath.

You this week: Haven’t been late to work once. Ah, no, fair play now. You do you.