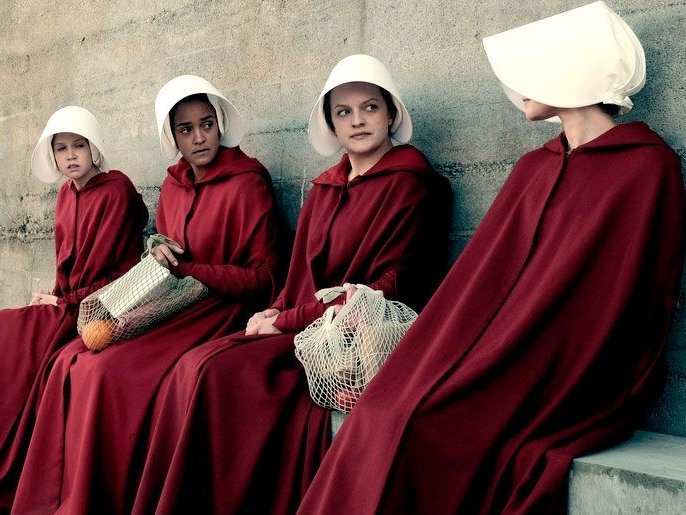 IN A BID to gain the briefest of respite from the realities of being a woman in Ireland in the 21st century, Irish women have taken to searching out light entertainment, escapist in nature, in the form of the dystopian dread-fest TV show, The Handmaid’s Tale.

The breezy fictional show, which would take anyone’s mind off current events tells of a horrid future where women have no autonomy over their bodies and are governed by an empathy-free misogynistic society which delivers daily existential threats to womankind, making it the perfect distraction from the grimmer and more unforgiving reality of Irish society.

“After a long day of reading the news on the referendum and how we’re ‘murderers’, after scanning through the latest rape and sexual cases in the courts and the disgustingly light sentences, after hearing how the government will have an inquiry into the CervicalCheck scandal which is clearly going to drag on for fucking years and hold no one accountable, you just want to flick on the TV and escape to something light and fun,” local woman Anna Henry said of the US drama which sees women suffer under theocratic tyranny.

The popular and entertaining series in which men operate with impunity and have no fear of ever having to answer for their actions is just the sort of fanciful fiction Irish women can embrace in a bid to distract themselves from the daily grind of Irish life.

“Look the last thing you want after a long day saddled with the crushing pressure of being viewed as ‘less than’ when compared to men is to relive it all by watching the news, so yeah, I just throw on The Handmaid’s Tale to relax and zone out, and transport myself to a completely different place,” remarked another woman, Rebecca Farley, before her TV watching was interrupted by a knock at the door by referendum campaigners who were here to tell her only sinful sluts get abortions.