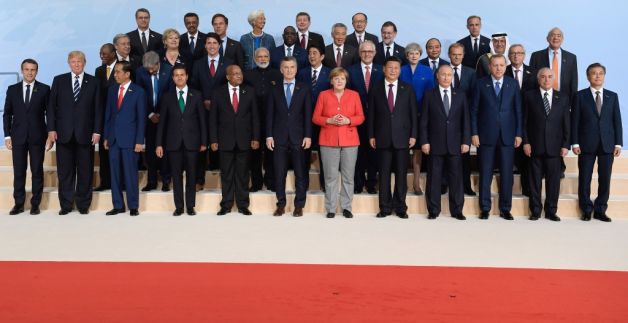 A STUDY conducted among the richest 1% of the world’s population, which is now convened at the secretive Davos summit, reveals that a total of 0% of politicians make decisions independently with many participants in the study proudly listing the names and locations of the politicians they own.

“It’s fancy 21st slavery for rich people really,” explained one billionaire, drinking soup from the skull of a poor person, just one of 12 courses at a lavish Davos banquet.

“It’s all well and good owning the means of production, and paying the poor next to nothing but that’s standard rich person stuff. I get no joy from that, it’s much more fun to force world leaders into signing some legislation that benefits my interests and my interests alone,” the billionaire added, while holding the testicles of one Western leader in a vice like grip as he simultaneously gorged on his main course.

The information contained in this new study comes as it was also revealed the richest 1% of the world now own 82% of the world’s wealth, something Davos attendees admit does not make for good reading.

“We’ve dropped the ball big time, it should be 100% like it is with politician ownership. But, trust me, we’re working on it,” another billionaire shared.

Perhaps the most disturbing information to come from the study is the passage which reveals several billionaires have forced one prominent world leader to act as if he is constantly caught up in the act of experiencing a catastrophic stroke.

However, the study revealed that billionaires are just at home making critical decisions pertaining to international policies made by government as they are influencing small town councils.

“Ha, my favourite one was when I made a council in Dublin, I think it was, erect a large phallic statue in the middle of one of their busiest streets, you’d want to see their faces. I make sure to fly my private jet directly over it at least once a year to get a good chuckle,” the monocle wearing billionaire explained as he drank the blood of a virgin in a bid to become immortal.