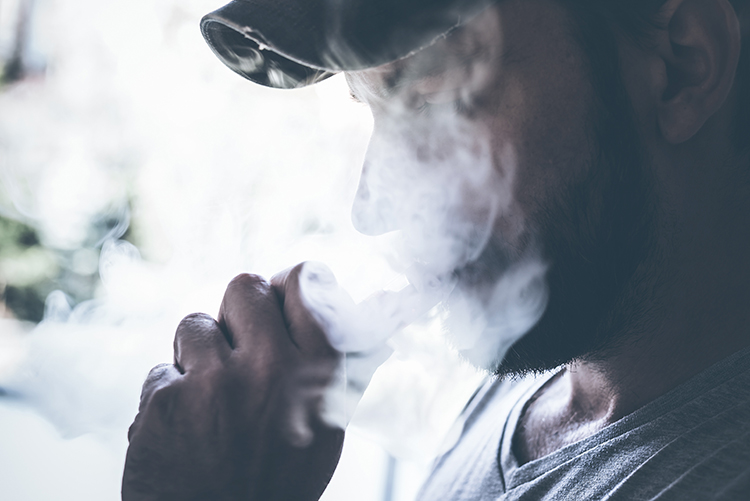 A SPOKESPERSON for the Met office has confirmed that the dense fog currently coating the country is a result of high amounts of vape smoke, probably due to New Years smoking resolutions.

Currently at an Orange Warning level, the country is experiencing thick clouds of mist reducing visibility significantly on all major routes, which meteorologists are estimating is about 90% e-cigarette smoke, with the remaining 10% consisting of regular, good old-fashioned tobacco.

Experts expect the poor visibility to last well into February, when the resolve of people attempting to quit smoking starts to wane and they go back on the fags.

“Yeah, it’s all these people who got the space harmonica for Christmas,” said a spokesperson for Met Éireann, referring to the oversized vape pipes that have replaced the slender pens that people used to use.

“I remember when these e-cigs looked like fake cigarettes, but now they look like a lightsaber fucked a clarinet, and produce more vapour than the Poolbeg incinerator. With hundreds of thousands of smokers looking to give up smoking in favour of smoking something else, it was inevitable that you get this kind of fog in the country. But don’t worry, it’s perfectly harmless, or so they tell us”.

The find was made after several people noticed that the fog was not odourless like regular mist, but instead carried a sickly sweet tang of marshmallows or bubblegum, leaving the entirety of the eastern seaboard smelling like a Yankee Candle.