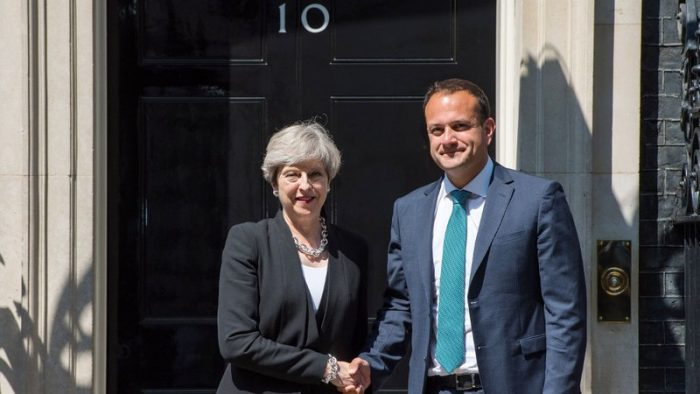 YET ANOTHER twist in the intractable Brexit negotiations has come in the form of a formal demand from Ireland, to have all future negotiations in respect to the border portion of Brexit talks to be carried out in Irish, WWN can reveal.

Ireland, famous in Britain for forcing David Cameron against his will to call a referendum on Britain’s membership of the EU and then forcing Britons to pass the referendum, has been a constant thorn in the side of negotiations ever since Theresa May’s team discovered the existence of Northern Ireland.

The British government’s response to the Irish language demand was an atypically convoluted, aimless and frankly incompetent act as an email correspondence to the Irish government consisted of variations of ‘sorry, what’s Irish?’ and ‘wait, you like, have your own language?’

Hopes that a deal could be forged in relation to the border between Ireland and Northern Ireland remain intact, however, the need to conduct talks in Irish represent a stumbling block as Taoiseach Varadkar has now simply resolved to repeat ‘níl Béarla agam’ at Theresa May.

“Are we being petty and enjoying toying with them? Most definitely,” confirmed the Irish government. However, questions remain over whether the government itself can field a team of fluent Irish speakers, with several members of the government unable to speak Irish themselves.

This morning’s negotiations had started off well with prime minister May successfully locating Belfast on a map with the help of a Brexit crisis team comprised of 400 think tanks and correctly pronouncing the word ‘Taoiseach’ after seven gruelling hours of near misses.

With the December the 15th deadline for an agreement fast approaching, Ireland is hopeful it will get to use an emergency measure that will see the border issue decided over a game of hurling between Ireland and Britain.

BREAKING: leaked documents showing Britain has allegedly agreed to ‘Continued regulatory alignment’ in Northern Ireland has been blamed on the British government struggling with the Modh Coinníollach.