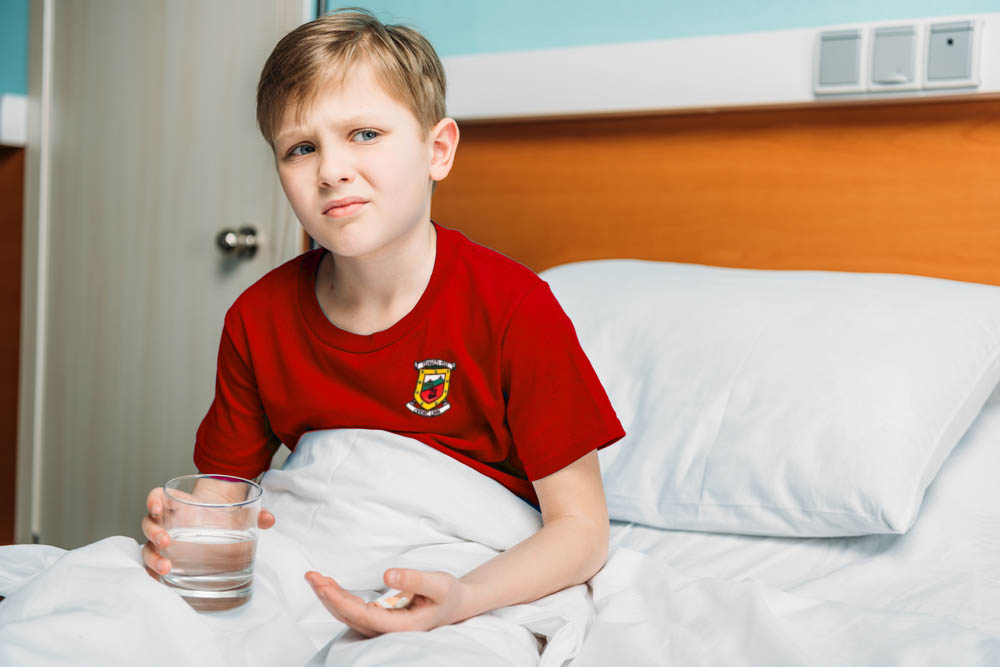 Ill children currently undergoing treatment in Temple Street have made it clear in no uncertain terms that ‘those fucking Dubs with that fucking cup’ are to come nowhere near them during their trip to the children’s hospital.

The Dublin team were making their now-annual visit to the children of Temple Street with the Sam Maguire cup, to the delight of the Dublin kids in the ward and to the indifference and outright hostility from the Mayo children.

“I’m sick enough without those bastards sickening my hole on top of it all,” said 6-year-old Cian Drury, still smarting after Mayo’s one-point defeat to Dublin in Sunday’s All Ireland Senior football final.

“I can hear them down the hall, cheering and laughing. Here, some of us are trying to sleep here lads, take it elsewhere”.

The anti-Dublin sentiment continued throughout the ward, with other Mayo kids voicing their disdain for the three-in-a-row champions.

“What am I in for?” said Castlebar native Maria Fennell, still wearing her beloved Mayo jersey.

“I’m in for being viciously mauled on the ground in an off the ball incident that the referee conveniently didn’t see, oh wait no, that wasn’t me, that was the entire Mayo forward line on Sunday. My mistake”.

The Dublin football team wished the staff at Temple Street all the best, and told them that they’ll see them again ‘at the same time next year’.