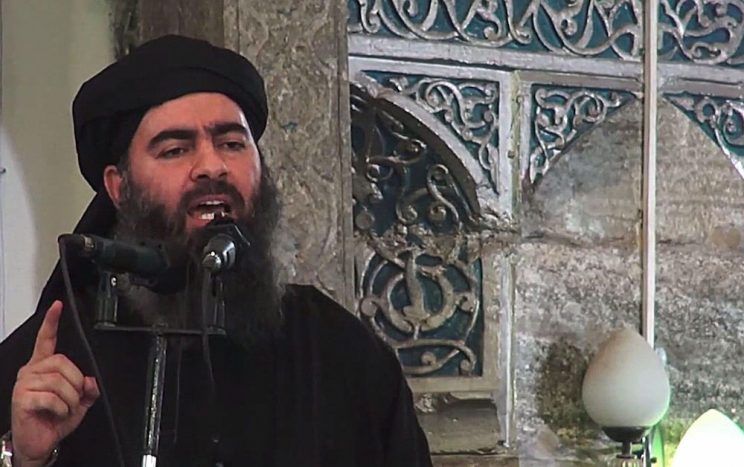 The world’s most wanted terrorist was killed on Sunday for a third time in the space of two years, and is expected to stay dead for at least another 12 to 18 months.

“Fair play to the lads for killing me again,” Abu told WWN, who has a $25million bounty on his head, “oh boy, I was planning a right good old attack on the West an’ all, but they really killed me this time. I’m in bits here. Hopefully I’ll be back fighting fit again in a few months, but you know the way these things go”.

Mr. Bakr al-Baghdadi was believed to be hiding out in the desert outside the besieged city of Mosul in northern Iraq after fleeing Raqqa in March, when yesterday’s airstrike obliterated him and 7 civilians, as reported by Syrian State TV.

“I don’t mind the bit of time off if I’m honest,” Abu added, now showing this reporter his war wounds, “look, the finger is tore off me with all the shooting and executions of infidels. I’ll be glad of the rest ha-ha. I’m not looking forward to the slagging I’m going to get off the rest of the lads when I get back. They’re still calling me ‘Bagh-dead-i’ since the last time I got killed. Absolutely mortified to tell you the truth”.

The official media wing of ISIS, Aamaq, has not yet confirmed the news of the leader’s death.