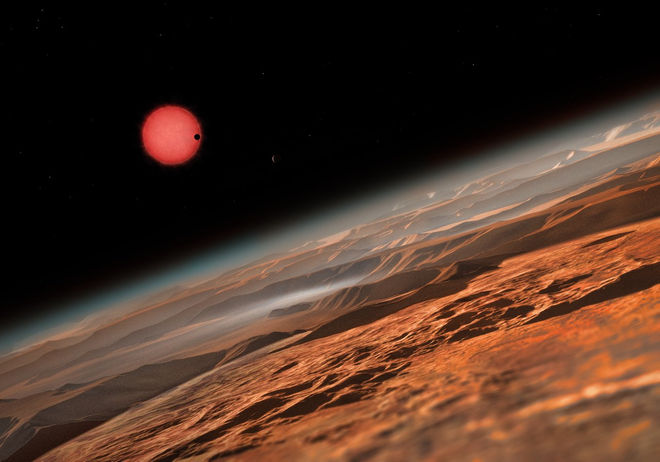 RADIO signals emerging from the newly-discovered ‘TRAPPIST-1’ planetary system have been decoded by linguistic experts at NASA, confirming the existence of extraterrestrial lifeforms who want ‘no part of Earth’s bullshit’.

There was great excitement from astronomy enthusiasts earlier this week following the discovery of seven planets in the ‘habitable’ zone of a nearby solar system; planets which seemingly had all the criteria for supporting life.

However, this was eroded somewhat today when NASA announced that lifeforms on the third of these planets seemed to be ‘standing very still as if not to be noticed’, much like how someone would hide behind the sofa in their house if a TV licence inspector or debt collector came to the door.

After further radio probing, a signal from the planet was received and later translated, and appears to show that the alien lifeforms were well aware of the existence of Earth.

“‘They’ve found us, well that’s just tickety-fucking-boo’. The conversation then breaks down into a series of back-and-forth arguments where the aliens appear to blame each other for being found, with one very vocal creature appearing to be furious that Earthlings may now attempt to travel to the new planet. ‘Why did you have to have the telly on so fucking loud?’, they say”.

The transmission concludes with the lifeforms stating that they’re ‘off out for a bit’ and they ‘don’t know when they’ll be back’.