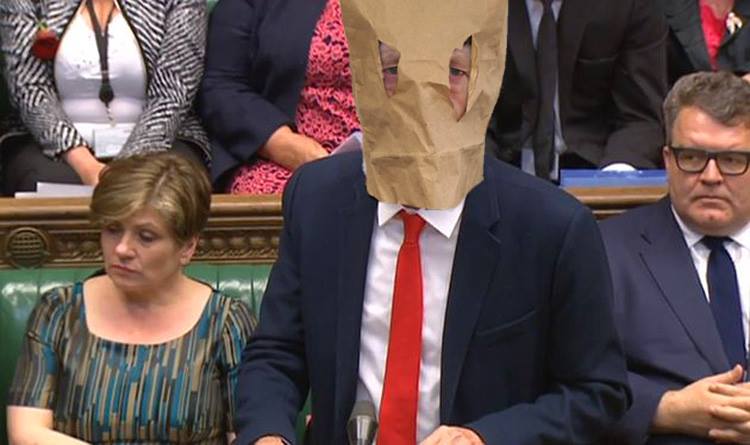 AS Theresa May’s Conservative government celebrated winning the vote on the Brexit Bill which allows them to enact Article 50, Labour leader Jeremy Corbyn was sadly pictured on opposition benches in the midst of a futile attempt to free himself from a paper bag.

Corbyn, the oft maligned leader of the opposition, was said to be heard mumbling several sentences, possibly cries for help, from underneath the brown paper bag which he had inexplicably found himself trapped in.

“Gosh, this thing is much more robust than it looks,” Corbyn shared with nearby colleagues as he clawed at the flimsy bag which was more than a match for the Labour leader.

With the House of Commons vote favouring the government by 494 votes to 122, the Brexit Bill easily passed during a week of continued unrest within the Labour party.

The Labour leader had faced the 167th revolt by Labour MPs as many defied their leader to vote against the bill, forcing Corbyn to fill out his shadow cabinet with ten Corbyn supporting students selected on the basis of having the most retweets for their £300 million Brexit NHS bus themed memes.

“Don’t worry, I have everything under control,” Corbyn could be heard telling his colleagues who hadn’t sunk further into their seats, pretending not to know who he was.

“If someone could just hold the bottom of the bag, I’m pretty sure I can tear at it, and Jezzer will be back in business,” Corbyn added, making no progress whatsoever with his battle against the resilient brown paper bag.