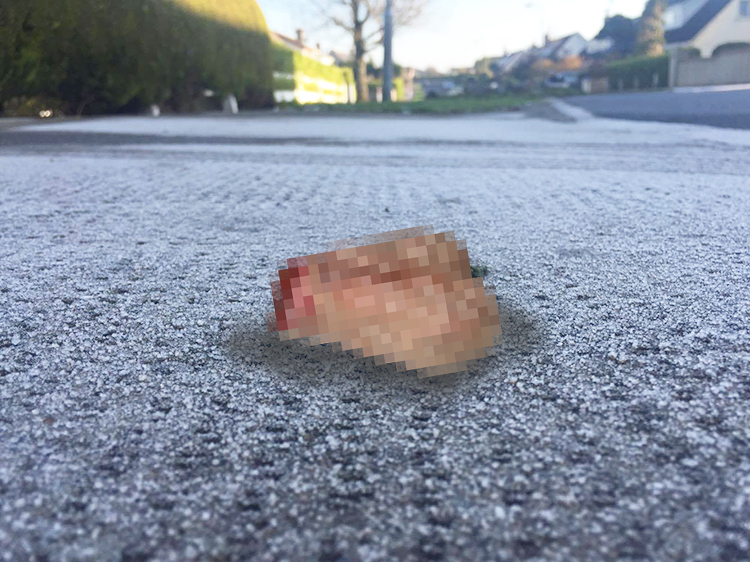 GARDAÍ in Waterford are trying to locate the owner of a pair of human testicles discovered in a frozen state on a footpath in the city centre this morning, WWN can reveal.

The testicles, most likely from a man, were spotted on the footpath beside the cork road by passers-by, who alerted the authorities to come and chip the frozen-solid gonads off the pavement with a small but sharp chisel.

Described as being of average size and still enclosed in a hair-covered scrotal sack, the grim discovery prompted an appeal for help in re-uniting the testicles with their owner, who may not have noticed that they had dropped off this morning.

“Temperatures plummeted across the country last night, so we weren’t that surprised to get a call like this today,” said Detective Jim Hanlon, spokesperson for the Garda Testicle Retrieval Squad.

“Some poor man is out there, possibly in a distressed state, possibly not in full control of his faculties… we would very much like for anyone with information about this man to come forward, so that we can get him the help he needs to thaw his balls and re-attach them. Time is very much of the essence here”.

Even if you weren’t in the Waterford area this morning, it might be no harm to check and make sure your testicles are just as you left them. Click HERE to find out how.