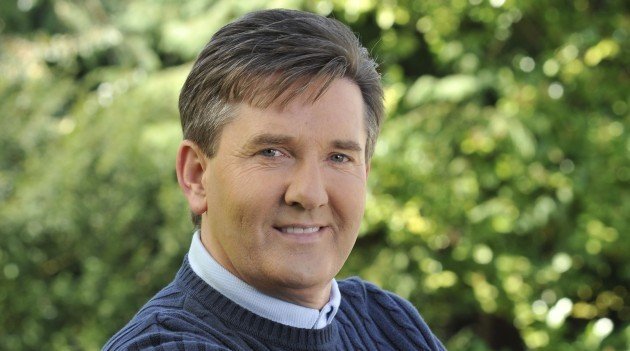 THE Irish singer Daniel O’Donnell has shocked diehard fans with the announcement that he will drop some sick rhymes and beats at the upcoming Longitude festival in Dublin, WWN has learned.

Debuting his album, which features tracks produced by Kanye West, Rick Ross and Pharrell, sees the Donegal native veer away from his usual sleepy and polite fare.

“People forget I did an album of techno hymns in the early 90s, so you know, I have history when it comes to experimenting with genres,” O’Donnell explained to WWN while dressed in Nike hightops, an Obey baseball cap and $4.6 million worth of gold chains and diamond encrusted watches.

“You know, before I met Kanye I had never cursed in my life, but I took to it like a bloody duck to water. Jesus, Mary and Joseph, there I go again, I just can’t stop,” O’Donnell confirmed.

O’Donnell remained tight-lipped about what fans can expect from his stage show at Longitude, but come 9pm on Saturday he will unleash a 10-song collection that is rumoured to rival the best in the rap game. A rumoured duet with Kendrick Lamar is also believed to be on the cards.

“Rapping isn’t easy, we ran into problems when it came to words that rhyme with ‘trigger’ but after a lot of hard work we with came up with some great options for ‘Diggers with Attitude’, a song about my love of the Donegal construction industry,” O’Donnell explained.

Daniel O’Donnell & The Hard As Nails Five take to the main stage at 9pm at Longitude this coming Saturday.