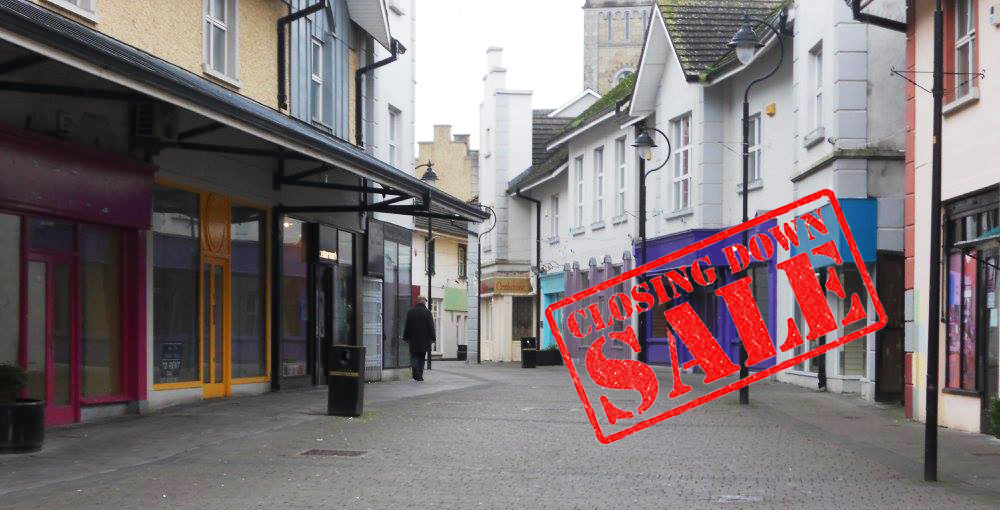 TIPPERARY motorists have been warned to expect delays this week as Ireland’s biggest inland town, Clonmel, is shutting down for good after launching a closing down sale earlier this week.

Left derelict after years of austerity and unsustainable rents, Clonmel will officially close down on the 25th of May, forcing 17,000 residents to seek refuge in surrounding towns and villages.

With only a handful of businesses barely operating, a local committee decided it was time to finally throw in the towel on Clonmel’s future.

“Rents are too high, landlords are too greedy and majority of the town is just empty retail units,” said Clonmel resident Damien Burns. “It’s basically a ghost town, and hopefully this closing down sale will generate a bit of money for people hoping to move on to greener pastures, like Carrick On Suir, or some posh place like that”.

Clonmel is the 24th Irish town to officially close down since 2008, but is not expected to be the last.

“I hear Athlone is to follow suit after the summer,” Clonmel Independent TD Mattie McGrath explained, who was attending a funeral of someone he didn’t know. “I plan on moving somewhere a bit easier to do politics, like Slane, Dalkey, anywhere I don’t have to listen to people moaning about being broke all the time. Clonmel is dead in the water”.

Once the closing down sale ends next week, Clonmel’s flood barriers will be knocked down by a government sponsored contractor to allow the river Suir reclaim the impoverished valley and finally erase it from existence.