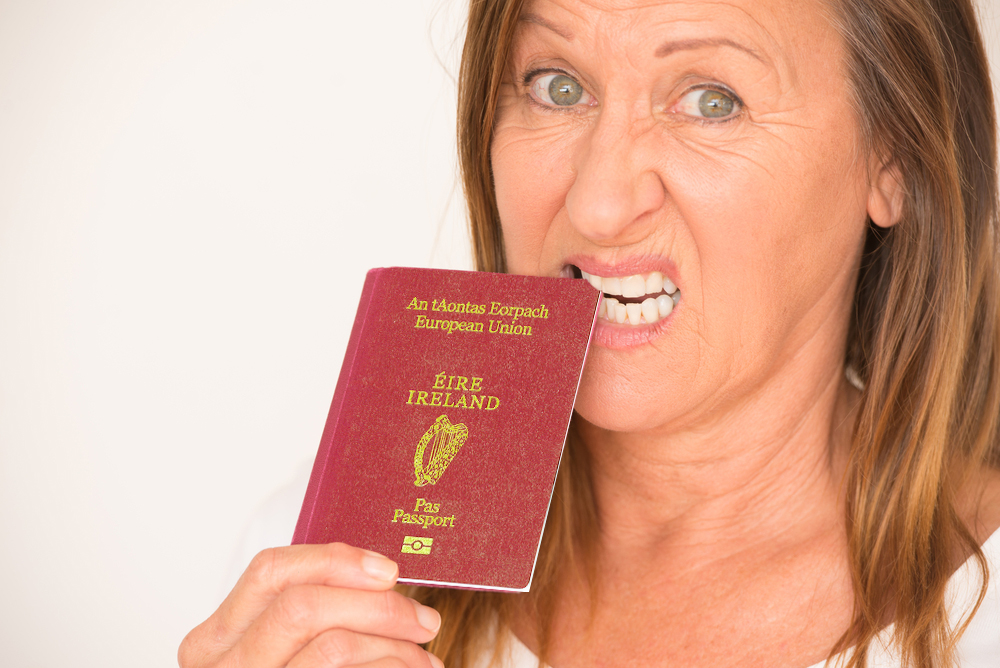 A LISMORE woman is causing a sensation with news that her passport photo looks nothing like her, WWN can exclusively reveal.

While the reasons behind the occurrence are widely speculated on, few passport photo experts can agree on just why Joanne Pierce looks nothing like her passport photo.

“She’s not a bad looking woman, but cast your eyes on the passport and it’s like she’s been replaced by an experiment gone wrong,” one passport photo specialist Orna Higgins, who works in the local Boots, revealed to WWN.

Queues have been growing since the beginning of the week as eager locals seek to witness the phenomenon for themselves.

“I saw it alright, she might as well be from Mongolia, the eyes, the eyebrows, the earlobes even, not close to resembling the woman in the house, but the experts say it’s her so who am I to disagree,” one local, Dennis Hurley confirmed to WWN.

Pierce for her part believes that the photo was taken on an ‘off day’ and wished for the story to slowly die away. Objectively seen as a ‘yummy mummy’, the 44-year-old’s curious descent into ‘not the best looking’ in her passport photo has driven local gossip for close to 5 days now.

“I look absolute cat in it, and while it’s been great charging people 10 euro for a look at the photo and me for comparison, the comments and looks of disgust are wearing me down,” Pierce confessed.