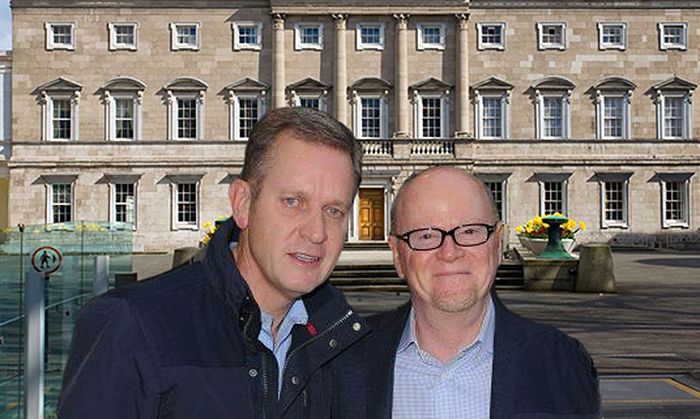 A TEAM of negotiation experts who specialise in broken relationships has arrived at Leinster House this evening in a bid to form a government between Fianna Fail and Fine Gael.

Jeremy Kyle’s infamous ‘aftercare team’ are expected to sit down with both party leaders, in one last attempt at uniting the factions.

“This will be our toughest gig yet,” psychotherapist and self-confessed ‘genius’ Graham Stanier told the awaiting press. “Jeremy is due in the chambers tomorrow, and we expect to go through a range of issues, including this ongoing blame game by the current government with the last. This relationship will not work unless they stop bringing up the past and get on with business”.

Chat show host Jeremy Kyle is expected to chair tomorrow’s Dáil proceedings, before announcing the results of a series of lie detector results, which are being taken today.

“Unfortunately, Gerry Adams refused to take his test, so we’re just left with Micheál Martin and Enda Kenny,” a producer for the ITV show stated. “This is our second time here as we came to take some biological tests from employee’s at Leinster House, to flush out any family nepotism at work”.

Unsurprisingly, biological test results have shown that almost every person working for Fine Gail, Fianna Fail, Sinn Fein and Labour were directly related to TD’s who secured their jobs.

“It’s early days yet, but it seems like everyone is related in this God forsaken place”