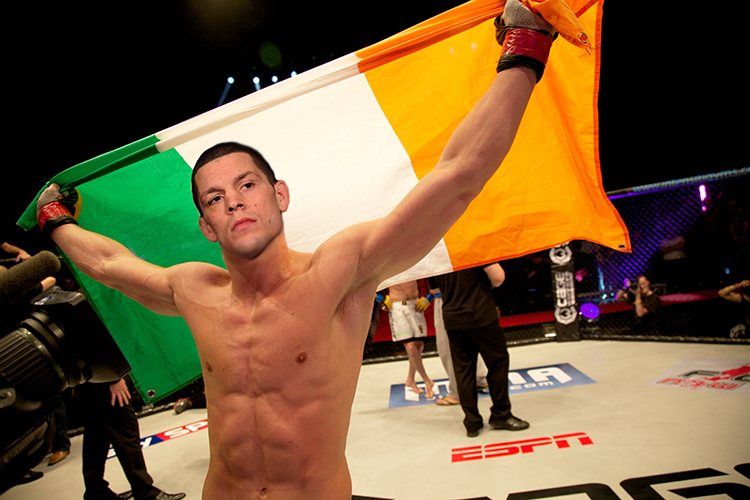 FANS of the UFC in Ireland were offered a reprieve from the revelation yesterday that Conor McGregor would not be taking part in the mixed martial arts group’s 200 event.

In what has been an emotional rollercoaster week for McGregor supporters, an unlikely hero has come forward in the form of Nate Diaz, who was revealed to have Irish ancestry dating back to his great grandparents Joe and Kathy Delaney.

The news comes with perfect timing as Conor McGregors future in the UFC is in doubt, due to a childish back-and-forth online with Dana White, President of the mixed martial arts organisation.

“Yeah motherfuckers, I’m Irish. So what bitches?” Diaz announced at a modest press conference held in Las Angeles last night. “Ma gramps were from county Cork. Who gives a shit?”

Following his announcement, Diaz’ twitter account gained an incredible 42,000 followers in just 10 hours, mostly ex-Conor McGregor supporters who have been left in limbo over the last week.

“We love you Nate,” one Irish Twitter user posted “It’s great to finally get an Irish sports person who actually understands the meaning of olé olé”.

However, it is not clear whether Diaz will don the Irish flag at UFC 200, but one thing is for certain: we will all be shouting for this Irish legend come July. Go get ’em Nato!