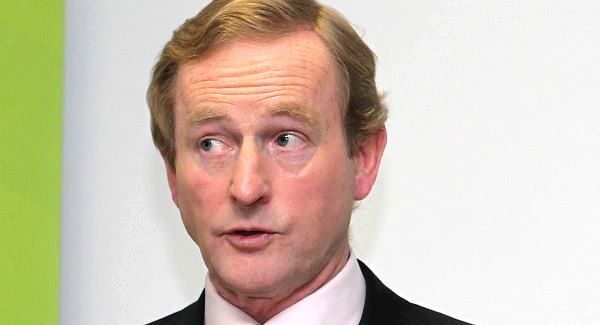 ACTING Taoiseach Enda Kenny has reiterated his commitment to forming a coalition government with Fianna Fáil, despite continued and vocal opposition to such a political union from the public.

“The people have spoken, they gave Fine Gael a kicking, and Fianna Fáil still aren’t doing all that great in the polls, and so there is only one option left and that is to work tirelessly behind the scenes to give the people exactly the kind of government they desperately don’t want,” the Taoiseach explained, in a statesmanlike fashion.

“If the public only stopped being horrified by the thought of myself and deputy Martin coming together, they’d realise we really are working our bottom’s off trying to get this done, we’re going at it fairly hard,” the Taoiseach confirmed unaware of the several vomit inducing innuendos he had unwittingly uttered.

While various rumours of behind the scenes negotiations circulate the press, it is thought both Enda Kenny and Micheál Martin are still committed to joining forces in a coalition that will best serve against the interest of the electorate.

“Oh, honestly, people love to give out, but if they just gave this a chance, we are committed to making those who voted for us truly regretful for such stupidity,” the Taoiseach added, explaining he was open to sharing his state car with Martin 3 out of 7 days in a week.

The Taoiseach concluded by admitting he may chain himself to the gates of the Dáil and begin a hunger strike in an effort to convince Fianna Fáil they are meant to be together.