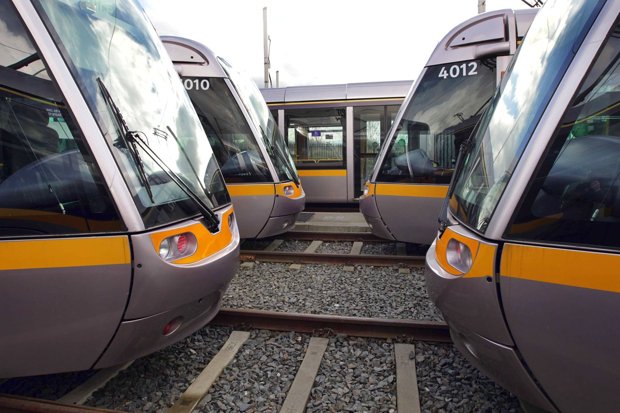 FEARS are growing that the impending industrial action by Luas drivers on St. Patrick’s Day may leave party-goers with one less public transport system to get sick on.

Luas drivers and union representatives are currently locked in talks with service operator Transdev, with the debates over pay and conditions showing no signs of stopping in time to avoid the strikes on Thursday.

Commuters have already had to face a number of two-day strikes already, although these happened on working days, nobody felt all that put out by them.

However, the loss of the Luas on St. Patrick’s Day, the main drinking and falling around day, would leave inebriated revellers with no option but to find somewhere else to foul themselves on the way home.

“The Luas provided an integral hub for transport, rows, and sicking up a snack box,” said Fergus Devlin, just some lad we talked to.

“The removal of the Luas services on Patrick’s day will have a huge knock-on effect on other forms of public transport, which will be operating at peak vomit capacity as it is. Buses and DART services already have to cope with large amounts of people puking their stomachs out on the 17th of March, and now they will have to cope with the Luas crowd too… you’re looking at total sick-lock”.

Transdev have already stated that they may run a shuttlebus service if talks fail, although experts are dubious that these buses will be able to cope with the sheer number of St. Patrick’s Day drunks.