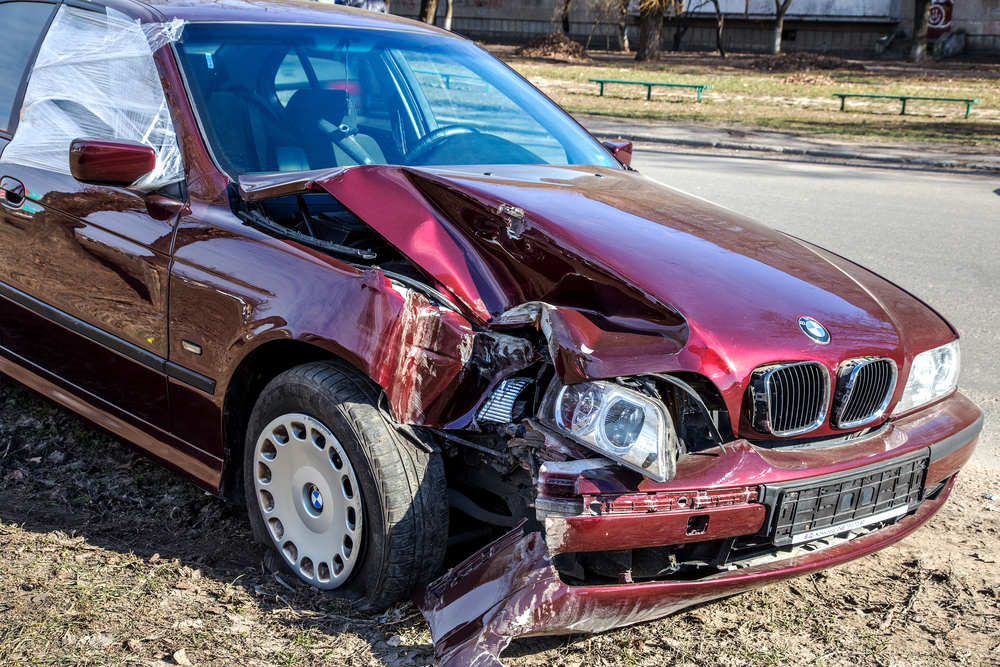 THE family of a 12-year-old BMW 7 series were said to be left in a state of shock today after a pedestrian careered straight into the unsuspecting vehicle after he failed to swerve his body out of the way.

The incident happened on Parnell Street in Waterford city at around 1:34pm, causing critical damage to the front drivers side of the car, rendering it useless and undrivable, a mechanic confirmed.

“It was in an awful mess,” panel beater Tom Purcell told WWN. “The whole bonnet, side panel will have to be replaced and I think the chassis might be damaged too, so it could be a write-off”.

Eyewitnesses stated that the beautifully kept luxury BMW was driving down the road when a careless elderly man walked out in front of the car and crashed into it, before it then mounted the kerb, hitting a house.

“I seen the man walking out onto the road so I accelerated to give him a little scare,” said distraught owner and driver of the vehicle David Clarke. “Next thing I know the stupid bastard walked straight into the front of my poor car, wrecking it”.

Gardaí at the scene confirmed the pedestrian did not have tax or insurance either, leaving the Clarke family to foot the garage bill, if the car can be salvaged at all.

“He’s lucky he’s dead, because I’d kill him myself if he wasn’t,” explained wife and passenger Geraldine Clarke, commenting on the late pedestrian. “The car is critical, so it’s just a waiting game now to see if it will survive”.

The BMW 7 series is survived by a 1998 Renault Megane, which Mrs. Clarke drives during the school run.