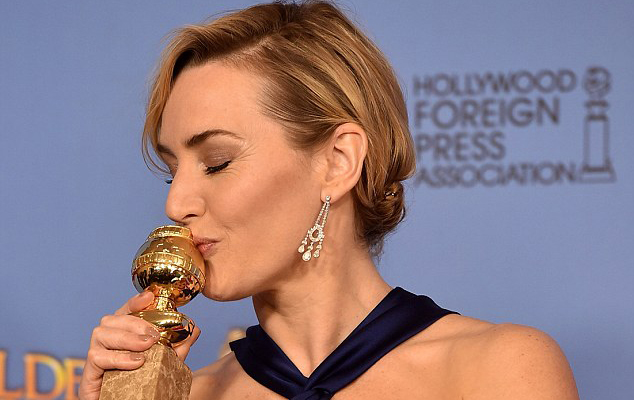 IRISH actress Kate Winslet appeared to be completely in shock last night when she won a Best Supporting Actress Golden Globe for her role in the Steve Jobs biopic.

The Irish-born celebrity described co-star and fellow Irishman Michael Fassbender as “a legend” and “an amazing colleague and friend”.

“I’m not just saying that because I’m Irish,” 40-year-old Winslet told WWN. “It was an absolute honour to work with Michael on this movie as we had crossed paths numerous times before in our younger days working in Ireland. I’m delighted to be bringing this award home to Ballyreading. Come on you boys in green!”

In Jobs, Winslet portrayed Joanna Hoffman, who in real life was a Polish immigrant who worked as an Apple marketing executive

“I think being an emigrant helped a lot with my role as Joanna,” the farmer’s daughter explained. “After all, the Irish and Polish basically built the bloody place!”

In other categories, British actress Saoirse Ronan failed to grab the Best Actress award after being nominated in the category for her role in Brooklyn.