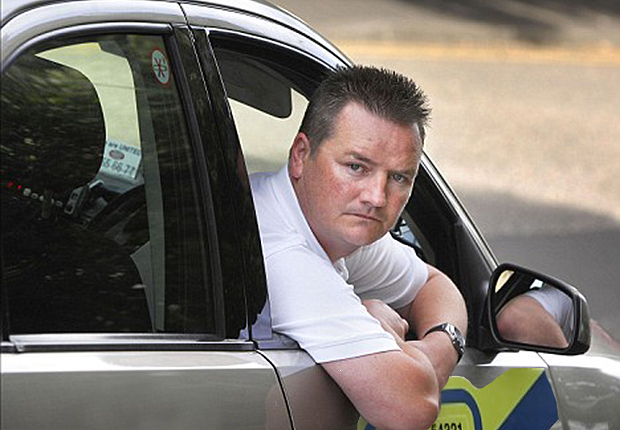 A DUBLIN taxi driver who steadfastly refused to budge from the fare on the meter after dropping a drunk lad into town has reiterated his stance that he “didn’t really care” that his passenger would no longer be able to afford chips.

Cathal Brogan, 53, insisted that Niall Mannion, 25, pay the full total of €17.80 for the journey from Santry to O’Connell Street, despite Mannion’s pleas that he only had a twenty on him and “needed a fiver for a feed”.

Brogan, a full-time taxi driver who works 9 hours a day to try to make a living, was unwilling to use the money he had rightfully earned through honest labour to subsidise the drunk and obnoxious Mannion, and his desire to get a curry cheese chip to “line his stomach” before heading for more drink.

The incident left a sour taste in Mannion’s mouth, who had to use his Laser card to pay for his meal and then go to a banklink to get cash for his drinking.

“Fuck sake like, you’d think that taxi driver would’ve rounded his fare down to 15 quid so that I’d be able to give money that should have been his to someone else,” said Mannion, who has never done an hour of work in his life that he didn’t receive payment for. “I’ll be sure to avoid using that taxi service again.”

“If I see him pull up the next time I’m on the road flagging down a taxi, I’ll just tell him to keep driving”.

Mannion went on to spend the night paying full price for drinks without question or hesitation.