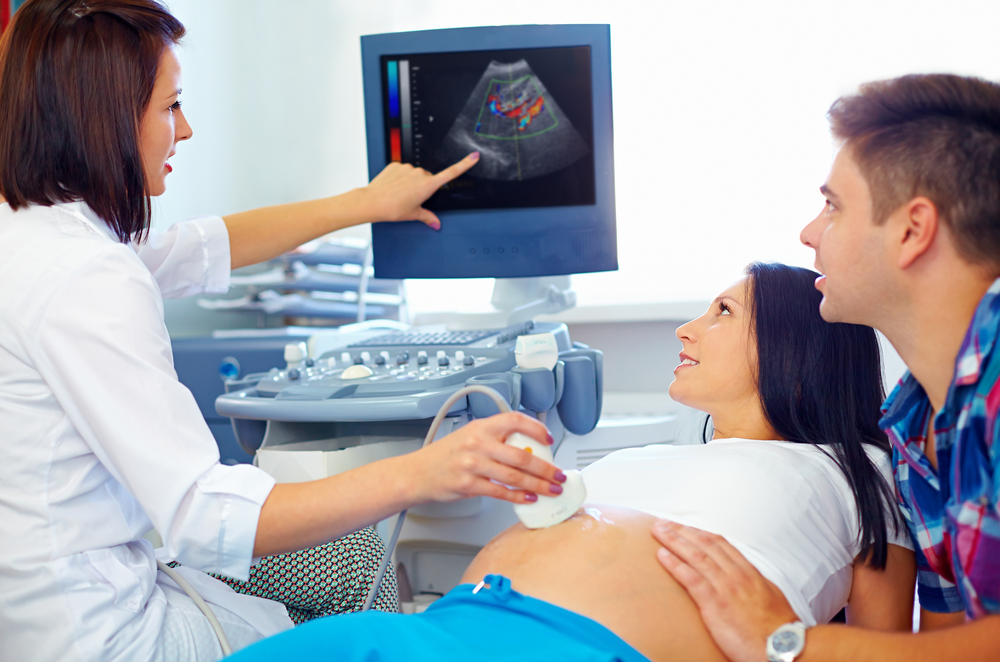 AN EXPECTANT couple who attended their 20-week scan earlier today may have appeared to be following everything the sonographer was talking about, but closer inspection reveals they were just nodding along the whole time.

Cathal and Sheila Brennan, currently expecting their first baby, were in the maternity hospital in Holles Street, Dublin this morning for the routine ultrasound examination.

While paying close attention to the monitor, neither of the parents-to-be were willing to admit to themselves or to the lady doing the scan that they hadn’t a notion what they were supposed to be looking at.

Both Cathal and Sheila responded with convincing-sounding exclamations of “oh yes, I see” and “oh look”, even though they were as well looking into the dark as they were looking at the grainy black-and-white monitor.

They both managed to seem relaxed and amazed by the scan, even if they later admitted that it sometimes looked pretty terrifying.

“I couldn’t tell arse from head,” admitted Cathal later in the day. “The lady doing the scanning kept saying, oh, there’s the feet, and there’s the heartbeat… but sure all you were looking at was fuzz. But we didn’t want to look stupid, so we just played along”.

The Brennan’s received a number of printed images from the scan which they later showed to members of their families, all of which nodded along as well.