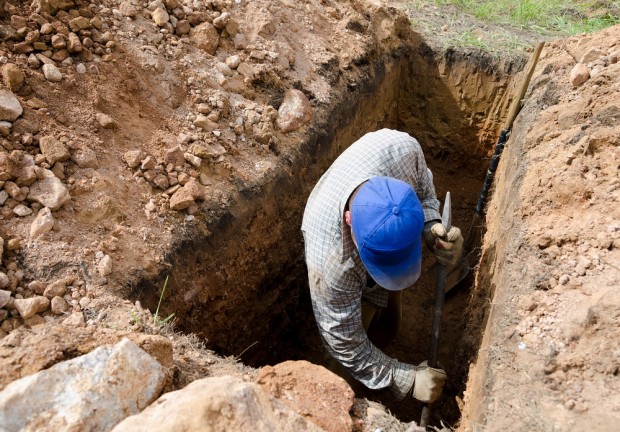 NOT appreciated by your boss? Is he/she giving you a hard time over the hours you put in? Or do you just have an insatiable lust for murder? Or is it even worse, and your boss has declared the office a zero banter zone? WWN is on hand to bring you the definitive ways to kill your bastard of a boss.

1) Offer your boss a lift home after slashing all four of their car’s tyres only to drive further and further into isolated woodland, miles from where your boss lives. Once the two of you are out of the car, and he/she is looking for an explanation produce a gun, point it at them and throw them a shovel. It’s dig your own grave time. Yeah that’s right, you prick, and to think your boss thought you ‘showed a poor aptitude for planning’ in your last performance review.

2) If you are a fan of a slower burn approach to the murder of your superior, why not slowly poison their lunch over a period of 3 years. This method ensures there is less chance you’ll be caught, if you’re a fan of that thing, and with each and every instance where your boss asks you to stay late you can remark with ‘sure, I’ve got all the time in the world’ safe in the knowledge they don’t. Because you’re poisoning them. To the point of death.

This method can backfire, however if your boss moves on to a new company before your plan can be completed. Anything under 3 years of poisoning will sadly only result in the catastrophic failure of several important organs.

3) Is your boss a fan of handing out official warnings for minor stuff like turning up to work shitfaced? Can he/she not take a joke, and anyway you reduced your hangover induced days off by 50% this year, to only about 20. What’s their fucking problem? Under the pretence of wanting to meet up to discuss how you could work to be a better employee (not possible) invite the craic allergic tyrant for a drink. And then another one. And another one.

Your boss’s tendency to take their job seriously means they’re not use to drinking themselves into oblivion. So a light night of drinking by your standards of 10 pints and a few shots and a bottle of whiskey will lead to fatal liver failure for that focused and hard working light weight.

4) While not a literal death, if the philosophical nature of death intrigues you, you can encourage a figurative ‘death’ on your boss by sleeping with their partner, befriending all their best friends, cashing out your boss’s savings and selling their children on Ebay. They won’t be so smug when you reveal this all at the annual AGM. No one can come back from that.

5) If you’re looking for a near instant result which will leave you in the clear with Gardaí simply kidnap your boss, tie them to a chair, and place them in the front row of a Daniel O’Donnell concert. The rest will take care of itself as your boss slowly loses the will to live, and bites off their own tongue, choking to death of their own blood. It’s not pleasant, but Christ is it effective.

6) While your boss makes their way to the printer, grab a piece of paper and lightly graze their finger with it, delivering a devastating paper cut. Insist on driving them to the nearest A&E department, the horrendous delays at Ireland’s hospitals will see your boss bleed out after waiting on a trolley for 14 weeks.