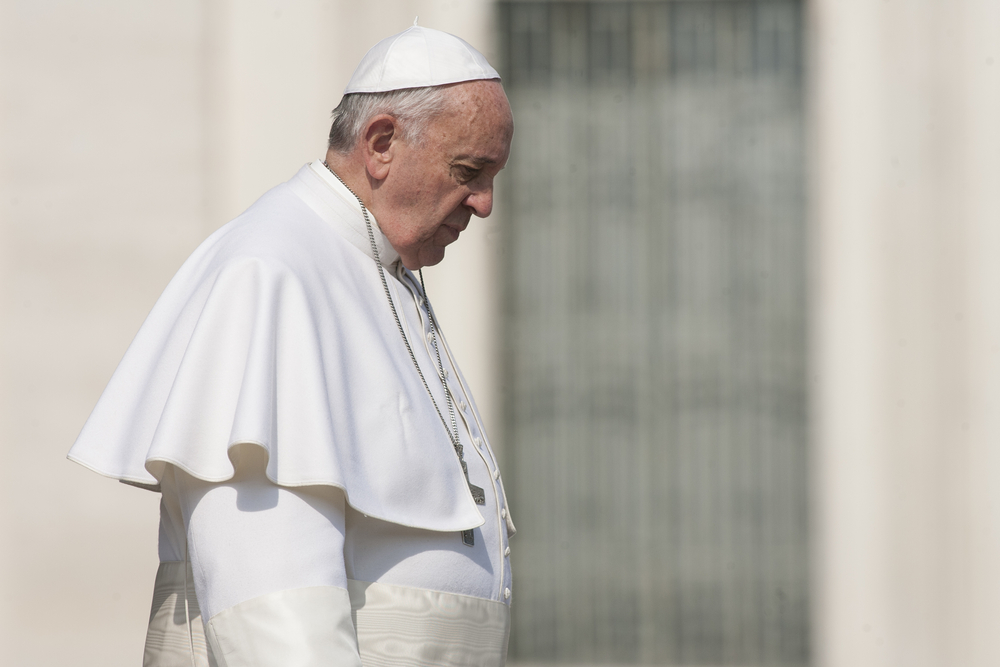 HAVING returned from a historic six-day visit to the United States, Pope Francis has spent his time moping around the Vatican and wondering aloud as to what a ‘pontiff has to do to get a friggin’ Denny’s around here’.

The US chain restaurant became a favourite of the Pope during his journeys across America, with the 78-year-old becoming particularly fond of the breakfast menu on offer.

“I could really go for a Moons Over My Hammy right now,” groused the Pope, pushing his morning bowl of oatmeal away in disgust.

“Or a Lumberjack Slam. Ever have a Lumberjack Slam? It’s ridiculous, there’s no way you could finish it. I used to get the leftovers boxed up and eat it while driving around during the day. It’s no wonder Americans are the size they are”.

After staring dejectedly out to a congregated crowd in St. Peter’s Square during a Papal appearance, the Pope confided in aides that he was considering asking the franchise to set up a branch in the holy city.

“All day long, the holy father never shuts up about Denny’s,” sighed one high ranking cardinal.

“We’re like: ‘We get it, you were in America. You ate at a restaurant and it only cost you 5 dollars for a steak or whatever’. American people eat there every day, quit acting like it’s something special”.