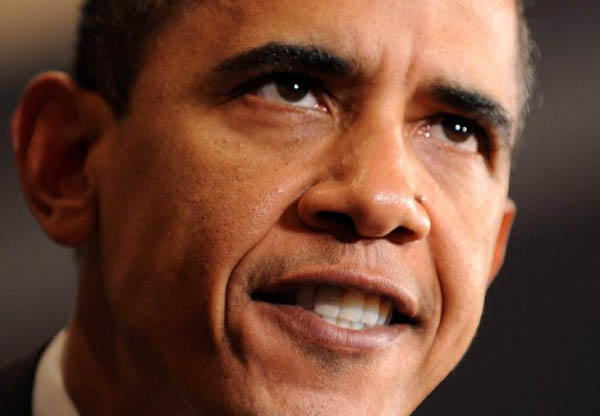 US PRESIDENT Barack Obama has reportedly told Russian Prime Minister Vladamir Putin this evening that he is not impressed with his latest wave of air strikes in Syria, pointing out that bombing middle eastern countries is kind of a US thing, and urged him to come up with his own ideas in future.

In a 19 minute phone call to Mr. Putin, the US president questioned the real motives behind the bombings, which not only include ISIS fighters, but Taliban and Syrian rebels as well.

“This is right out of our handbook Vladimir, and you know it,” a transcript of the phone-call obtained by WWN read. “Stop copying us all the time; it’s embarrassing. You’re not even doing it right.” before adding “I told you earlier it was a terrible idea. Now everyone thinks we’re in cahoots, and that’s bad for business.”

An hour before the strikes, Mr. Putin rang Obama to tell him that he would begin bombing  opponents of Syrian President Bashar al-Assad, including American trained Syrian rebels.

“You’re after making a fucking balls of it now man,” Obama told the PM. “How will we explain this one?”

“Let’s just put it down to propaganda or something; keep ’em guessing.” Mr. Putin replied, forcing a long maniacal laugh from both leaders.