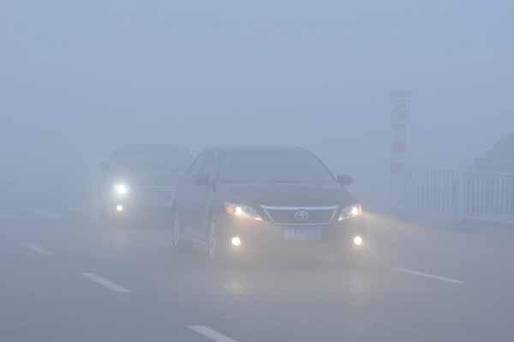 NATIONAL weather forecaster Met Éireann are warning motorists to be extra careful today after it appears the clouds have fallen down from the sky over-night, making everything white and very hard to see.

Clouds over Carlow town, Tullamore, Thurles, Portlaoise and Limerick city were said to have just lost all buoyancy in the early hours of the morning, sending them crashing down to the earth with little or no warning.

“They probably ran out of fuel or something,” a spokesperson for Met Éireann told WWN. “Luckily the clouds are quite soft and didn’t do much damage. There has been reports of wet grass in areas and poor visibility is to be expected for being in a cloud. Hopefully aircraft pilots don’t mistake these broken down clouds for working ones, ’cause that would be a disaster.”

Emergency services in Carlow are currently trying to fix the grounded clouds, with many civilian volunteers helping out with the repairs.

“The first thing I did was grab the leaf blower from the shed,” said Tony Power, a quick-thinking Carlow town resident. “I’ve spent most of the morning blowing the clouds away from my house. It’s a fright in this day-and-age that the Government has no system in place for burst clouds; it’s a disgrace!”

Local authorities believe the cloud cleanup could last right into the after-evening time, and urge motorists to drive extra slowly for the remainder of the day.