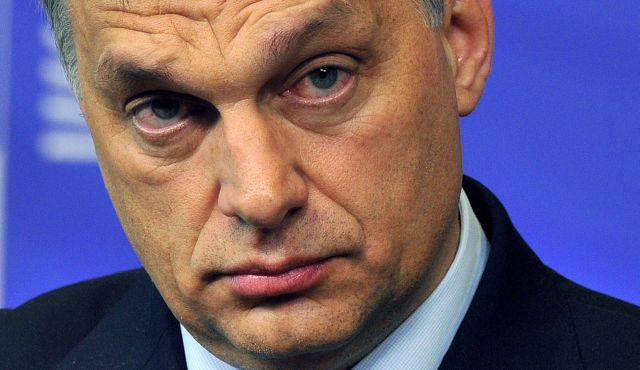 “Germany thinks it’s fucking great or something welcoming thousands of refugees on trains into its country and embarrassing the rest of us,” Hungarian Prime Minster Viktor Orban said today.

His comments follow a German government announcement that it will spend an extra €6bn (£4.4bn) to cope with the record influx of Syrian refugees this year.

“It wouldn’t be the first time in history that thousands of smiling minorities were loaded onto a train to Germany,” the rather bitter Hungarian PM pointed out. “It must be great to be so high and mighty about this whole thing.”

The right-wing leader had claimed last week his country was becoming ‘overrun’ by refugees seeking to ‘undermine Europe’s Christian roots’, despite criticism from other EU leaders of Hungary’s response to the crisis.

“Germany thinks it’s fucking great or something,” he added. “What are they looking for, a medal?”

Refugees who had been told for days they could not leave Hungary were collected from Budapest’s overrun central train station and placed on overnight buses, driven to the border with Austria, before crossing over and transported via train to Germany.

Many of the 6,000 migrants and refugees were brought to tears as they arrived in Munich and were met with unexpected hospitality featuring free high-speed trains, boxes of supplies, and well-wishers offering candy for everyone and cuddly toys for children.

“No doubt they have plenty of holding camps there for them,” concluded Orban. “I’m sure they’ll be put to good use over there.”