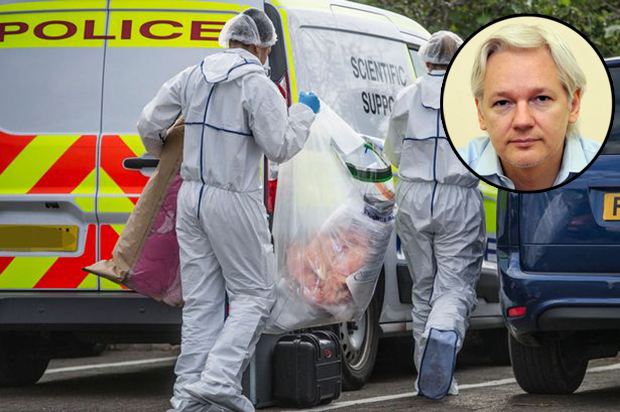 A DRAMATIC escape bid to smuggle Wikileaks founder Julian Assange in four separate boxes from the Ecuadorian embassy has ended in tragedy this morning after the surgeons involved failed to put him back together again.

Mr. Assange, who was 44 years old, was reportedly operated on inside the embassy by a team of special surgeons who removed his limbs and head from his torso in an attempt to smuggle him out in four specially designed boxes installed with medical coolers for transporting transplant organs.

“Everything was going okay until the doctors removed his head,” a source explained. “Julian flatlined almost immediately, but the doctors were adamant they could reattach it on the outside once it was frozen to the right temperature.”

Unfortunately for the whistle-blower, his last breath was spent inside the embassy after the doctors failed to show up at the secret predetermined location.

Police were called to a London city warehouse at 10am, where they pronounced Mr. Assange dead upon arrival.

Scotland yard have begun a full investigation and are calling on anyone who can identify the doctors to come forward.