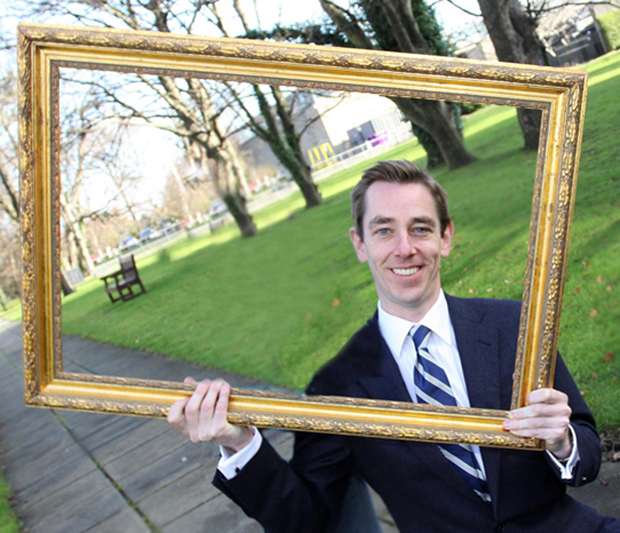 WITH only hours left before the return of The Late Late Show, host Ryan Tubridy has locked himself in his dressing room to run through his range of expressions to help him appear enthusiastic about the show.

The Late Late Show, now in its 54th season, remains RTÉ’s flagship show and one of its highest-rated programmes, despite nobody in the country admitting to liking or watching it.

Tubridy, the third host after Gay Byrne and Pat Kenny, is beginning his sixth year at the helm, and is struggling to maintain the illusion that he enjoys or cares about anything that happens over the three-hour running time of the show.

As such, Tubridy has undergone intensive acting classes in recent weeks, in a bid to fake sincerity while interviewing people he see’s in the RTÉ canteen every day, and introducing flash-in-the-pan bands which he hates.

“Ryan is in his dressing room at the moment, and cannot be disturbed,” said one RTÉ representative.

“He’s working through his facial expression plan, making sure that he always looks like he’s happy to be spending his Friday nights doing the same shit over and over again. He’s also working on his banter with the audience, so that they can’t tell that he has utter contempt for them. With practise, he’s certain he can make it through the broadcast without cracking and repeatedly smashing his head off the desk”.

The Late Late Show returns tonight on RTÉ 1 at 9:30pm.