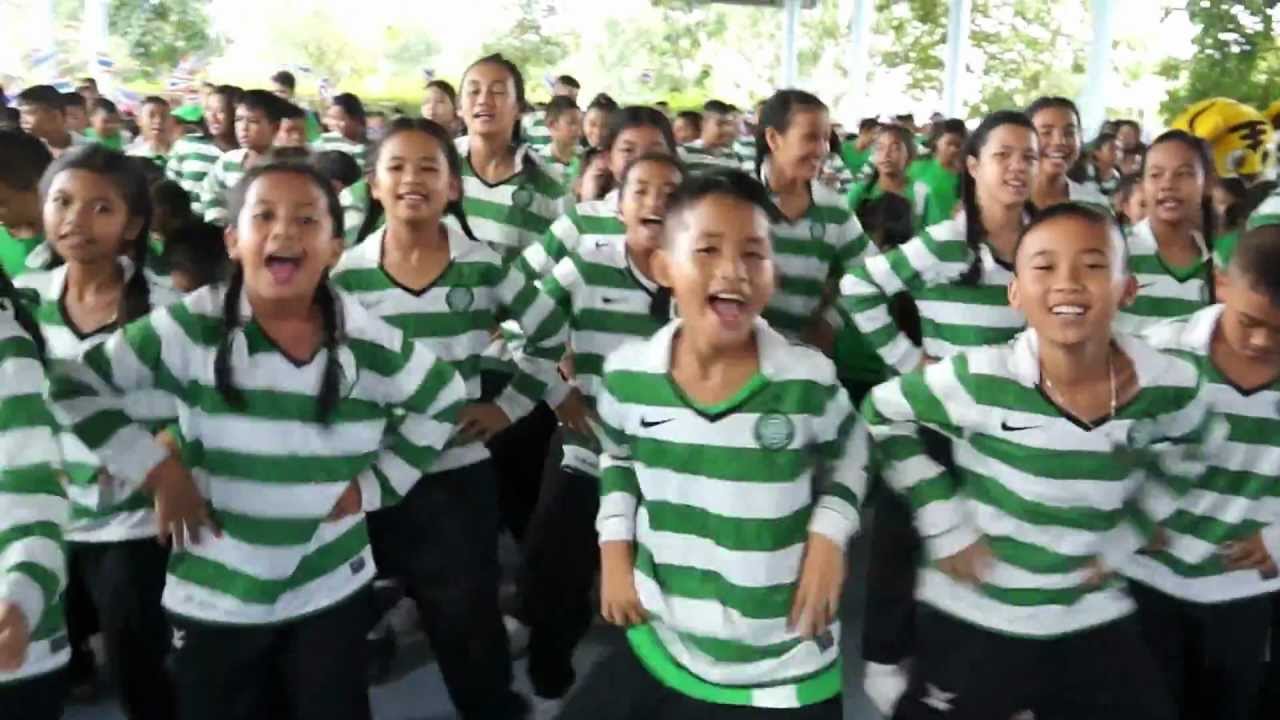 RIOT police in Thailand have arrested dozens of young children after violent clashes between the group known as the Thai Tims and their bitter rivals, the Thai Huns.

The Thai Tims, a group of disadvantaged schoolchildren from rural Thailand, became internet superstars across Ireland and Scotland after philanthropist Paul Lennon of the Good Child Foundation introduced songs and customs from his beloved Glasgow Celtic into daily lessons.

Adorable covers of “Galway Girl”, “Fields Of Athenry” and “Molly Malone” proved to be incredibly popular YouTube hits, and the Thai Tims have sang at Celtic Park in support of their adopted home team.

Unfortunately, a nearby school recently adopted Glasgow Rangers as their inspiration, and have begun posting their own videos online. Footage of the “Thai Huns” singing “The Sash My Father Wore” is believed to have antagonised the Thai Tims into confronting their rivals: a conflict that soon turned violent.

“The Thai Tims and the Thai Huns squared up to each other, yelling sectarian insults and daring each other to have a go”, said one volunteer worker who witnessed the brawl.

“Next thing you know, there were flutes and Bodhrans flying. The two sides lit into each other, and hundreds were injured before riot police teargassed them into submission. Dozens were carted off in police vans, and many are still in custody”.

The arrested under-10s were confined to separate wings of the jail during their time in custody, amid fears that “it would all kick off again” if they were allowed to mix.