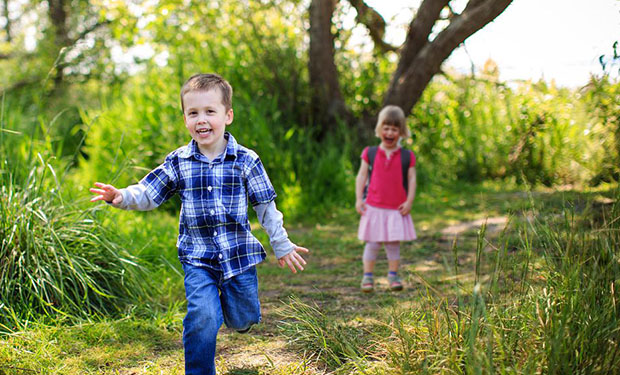 A STEWARDS inquiry has been called into an alleged race between siblings Diarmaid Toomey (9) and his younger sister Aoife (6) after a spur-of-the-moment contest to the front door left her in last position today.

Parents Thomas and Mary Toomey were inadvertently dragged into the debacle following their son’s apparent win, which saw him leave their only daughter for dust, as they exited the car.

“We just got back from shopping when the two of them just shot off like lunatics to the front door,” Thomas told WWN. “Diarmaid is a bit older than Aoife so had no problems beating her to the house.  When she realised she was beat, Aoife stopped halfway and burst out crying.”

Despite visibly participating in the race from the get-go, the daughter of two claimed ‘it wasn’t a race’, much to the sheer delight of her older sibling, who then began teasing her with words.

“Diarmaid started rubbing it in her face by telling her she was ‘Paddy Last’,” recalled his mother. “I kind of agree with him to be honest as she did rise to the challenge initially, but failed quite miserably.”

Following some heated debate between the stewards and race contestants, it was later decided that the race was null-and-void due to the lack of video referee technology – an excuse momentarily created by their dad, who was sick of their fucking whinging.