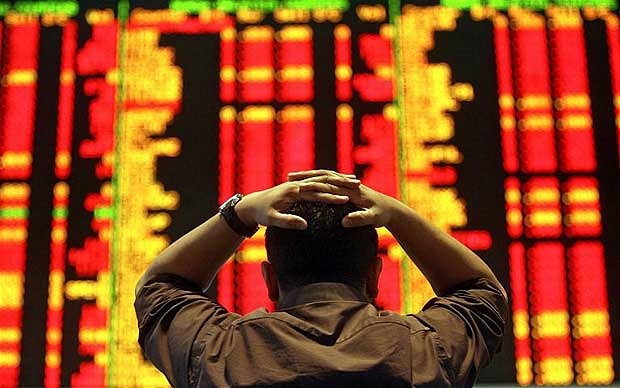 YESTERDAY’S stock market in China saw an unbelievable drop in numbers, the likes of which have never been seen before. With so much turbulence in the financial markets, you may be worried that the few quid you have in the Credit Union may be in jeopardy: worry no longer, as WWN’s financial team have taken to the internet to learn just how badly your pocket is going to be hit.

Numbers are going down instead of up

This is crucial: there are a lot of numbers going down, where ideally they should be going up. We saw a graph on the Zero Hedge twitter account that we couldn’t really make sense of, but it got loads of retweets so it must mean something: something bad. If this continues, then your €470 Credit Union account could be wiped out, somehow. Take no chances! Withdraw your money, put it in an empty Coleman’s mustard jar, and bury it in your back garden.

Now is the time to panic

Don’t wait around to panic: panic now, even if you’re not entirely sure what it is you’re panicking for. This China situation is serious! They actually referred to yesterday as Black Monday: BLACK MONDAY. Do you know what they would have called it if it happened on Wednesday? BLACK WEDNESDAY. Calling a day “black” is never good! We’re all fucked!

Move all your investments around

A lot of people on Twitter have retweeted stuff from celebrity economists, and none of it paints a rosy picture. There’s a lot of “Things are about to…”, “Amid fears of unrest…” and “Get ready for…”, which really brings about a sense that something bad is going to happen, and soon. So take your €470 out of savings and invest it in something else: something that these lads on Twitter are advising. They’re not trying to affect the stock market to their own advantage by panicking you into investing in the things they suggest: they just want you to hold onto your first communion money. They’re sound like that.

Trust that everything will be OK

Right now you may have just read a Zero Hedge article that made absolutely no sense to you, and you’re feeling like the planet is about to react to the trading of fictitious assets with a devastating series of natural disasters that will kill every living thing on Earth. But have faith! Huge, multinational corporations and investment firms will somehow find a way to stay afloat. Banks will remain capitalised, corporations will be bailed out. Life finds a way.