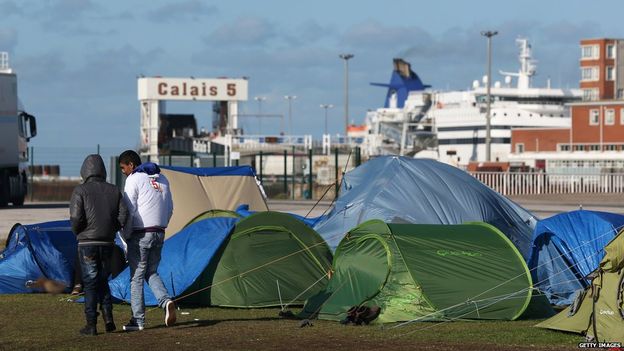 TRAVEL website TripAdvisor has seen a huge increase in reviews for the French destination of Calais in recent weeks, mainly from angry migrants who claim that the coastal town is a far cry from what they were promised.

Thousands of migrants, formerly known as asylum seekers, refugees, or people, have spent months in makeshift camps on the outskirts of the port in Calais.

Having fled their homes in war torn countries such as Eritrea and Sudan, the migrants make regular attempts to cross the Channel into Britain, with authorities making some 18,000 arrests since January of this year.

With neither the French nor the UK government doing anything other than thinking up better ways to fence them into campsites, many of the migrants have turned to TripAdvisor to vent their frustration and advise people against coming near Calais.

“Very similar to the conditions I fled from, definitely not the civilised western society in which I would be safe from persecution that I had dreamed about. One Star”, wrote one woman who watched her family get murdered in Syria, before going on to give 1 out of 5 for rooms, cleanliness and service.

Another of the 3,000 one-star reviews claimed that “toilet facilities are very poor, razor wire fences are a danger to our children, and anytime we make an attempt to reach a better life, French guards beat the shit out of us before driving for miles into the countryside and dumping us on the side of the road to walk home. Would not recommend”.

Despite the negative ratings Calais remains one of the number one destinations for thousands of migrants, with many dying to get there every day.