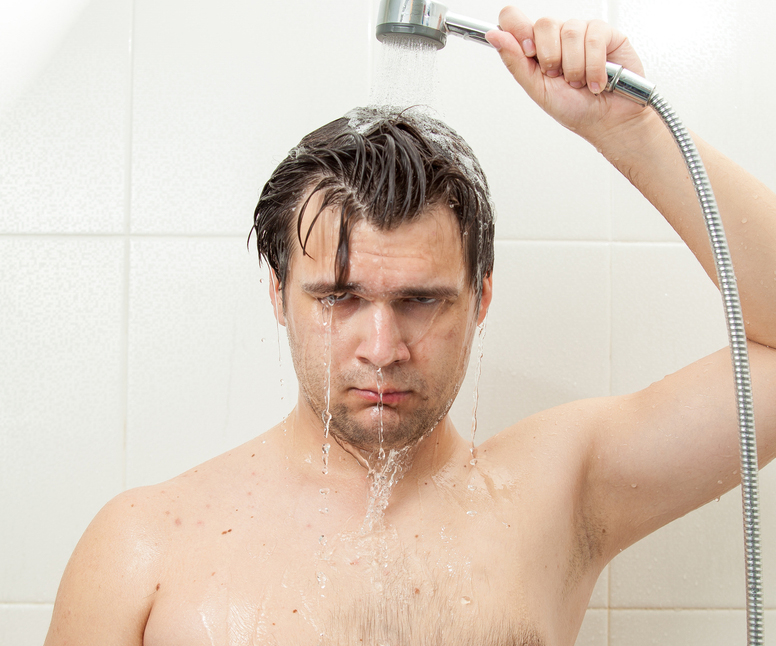 A DUBLIN man is currently thanking his lucky stars that he had a shower this morning using “Sportsman’s Rejuvenating Shower Gel”, as the fragrant blast of juices and berries is just about the only thing stopping him from passing out at his desk right now

Ken O’Shannon, 24, had been worried that he may not be able to function fully at his job as an IT consultant for a busy accountancy firm today, having gotten four hours sleep over the entire weekend due to a hectic schedule of drinking and being a mad bastard.

Luckily for O’Shannon, he had purchased “Sportsman’s Rejuvenating Shower Gel” during his last big shop, and the specially formulated revitalising blend of eucalyptus, peppermint, lavender and geranium essential oils managed to give him the kickstart his day badly needed.

“I was dreading what state I would be in this morning,” said O’Shannon, who is so minty fresh that he could run a marathon right now.

“But when I hit the shower this morning to wash the stink of stale drink and sweat off myself, I remembered Sportman’s Rejuvenating Shower Gel. Once that hit of real berries and keratin washed over me, I was like a new man. Thank Christ for rejuvenating, invigorating and exhilarating shower gels: they really are the only things holding the Irish workforce together on Monday mornings”.

O’Shannon has admitted that his shower gel buzz started to wane as the day went on, but luckily there was a bottle of Revitalising Lavender Handwash in the office bathroom that he could use to boost himself back up with.